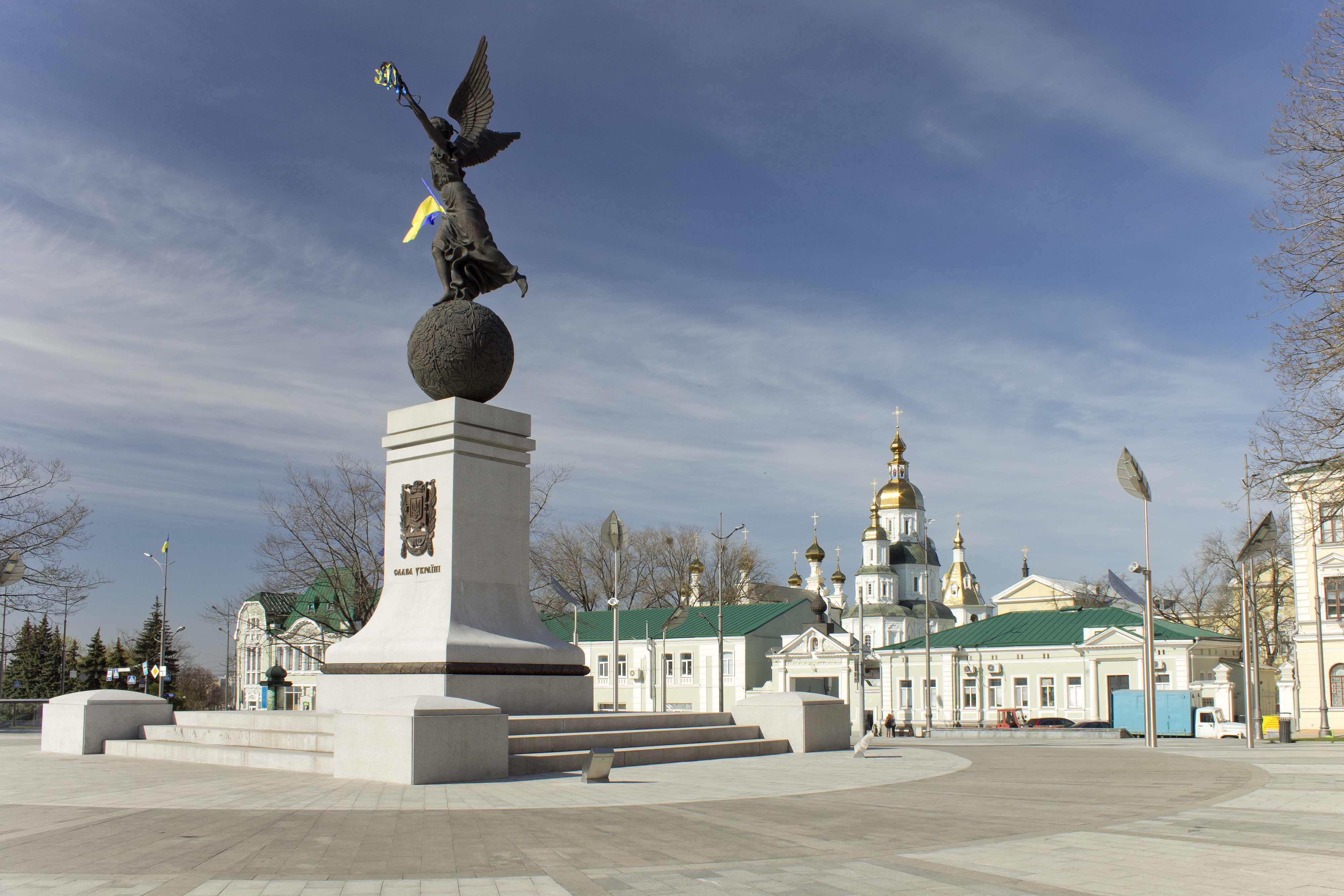 Kharkiv, the second largest Ukrainian city with a population of almost 1.5 million people, has been known for a high concentration of the country’s best minds. It was Kharkiv where the first USSR atom disintegration happened in 1932 and where one of the oldest universities of Eastern Europe was founded. It is a powerful education and industrial center of Ukraine and Eastern Europe.  In StartupBlink’s 2019 report, Kharkiv ranked 4th in Ukraine and 435th globally.

The startup ecosystem in the city is evolving rapidly, supported by startup founders, students and entrepreneurs. Let’s take a look at some of the most successful startups in Kharkiv, and the advantages and disadvantages of starting up in the city…

The most successful Kharkiv startups

Advantages of Kharkiv as a startup city

Disadvantages of Kharkiv as a startup ecosystem

Startup Club is a space that unites many skilled specialists in IT sphere and more. In March 2016 it a range of Startup crash tests was conducted. You may stay tuned and follow http://weekly-it.com/events/ to see what events are planned for the nearest future.

IT Talk, launched by DataArt company, it welcomes anyone who feels its association with IT sphere to participate in events, be a spokesperson and listen to others.

Artificial Intelligence club is functioning in Kharkiv, uniting developers, scientists, teachers, and students, who are into multiple aspects of artificial intelligence. Its organizers are Alexander Konduforov and Nikolay Pavlov; currently, 286 members are registered in the club.

KarazinStartups is a Business School of Innovation for creative and active students, which functions on the base of Vasyl Karazin Kharkiv National University. The main goal is to engage students to participate in scientific life by developing their own projects.

The Startup Night: KNURE kindly furnished place for a great event, arranged for IT specialists and future startup founders. Participants from various countries share their experience and speak on how to turn an idea into project, what to begin work with, how to create an attractive presentation and winning project bid, how to win funding and how to work as a team, which issues are often faced by a burgeoning entrepreneur, and how to overcome them. The mission of the event is the development of startup movement in the region, as well as the search for fresh ideas and launching innovative projects in Ukraine.

Kharkiv startup factory: This project, aimed at support of talented youth in the IT sphere, was launched in October 2015. The aim of it was to give guidance for the creation of business to young people. Twenty of the best teams would receive training from Ukrainian and international mentors and successful businessmen, including Silicon Valley representatives. It is planned to assign an individual mentor to every business idea, generated by Kharkiv youth.

“First Capital” Startup Center: It is the first in Ukraine regional interuniversity startup center, created as part of European project TEMPUS SUCSID. The following events have been recently held on the base of the Center: “Khakaton-1654” project development event, Summer School for future startuppers “First Capital”, Microsoft Azure Ukrainian Community meetings, Retail Big Challenge conference and crash tests of start up projects in the course of International Student Contest of advertising and PR projects.

Jewish Smart Community Kharkov: This organization gives support to many smart initiatives. As for recent events, a great seminar is planned to be held here. It’s called “Startup Trade fair”, where one will be able to present their projects and attract possible investors and to win the grant for startup implementation. The participants will also be able to produce ideas, receive an expert evaluation of their projects, get advice from professionals regarding the efficient implementation of ideas and projects, as well as their advancement with the help of marketing instruments, adequately assess risks, get inspiration for further development and establish useful business connections.

Fabrika.space is a hub that invites people who want to share their ideas. It combines the functions of the bar, restaurant, coworking zone, and space for business event conduct. This building had been earlier used as a vegetable processing factory. Though it was reconstructed later, it still keeps a specific atmosphere and extravagant look. On the base of Fabrika, Startup Crush Tests are held.

Novoemesto (@novoemesto) is a loft, which opens its doors for anyone who wishes to work and meet new interesting people. The lodgment is equipped with individual and team working places, comfortable kitchen, cozy sofas, libraries, and office machinery. Wire and wireless Internet connection is supplied.

Spalah is one of the best meeting places in the city. This educational hub, located in the picturesque historical center of Kharkiv, attracts crowds of creative and talented people, who meet and get acquainted with each other. Almost every day something exciting happens here – workshop sessions, presentations, lectures, film shows, discussions, etc. A large lecture hall, four soundproof rooms for 30 persons each, coworking areas, library, and kitchen-lounge zone favor creating of productive and comfortable ambiance.

AIN.UA is the largest portal, dedicated to Internet business in Ukraine, where one may find all hot news regarding startups, businesses, social and political events, etc. The web site has rubrics, dedicated to social media, vacancies, bright advertisements and innovations in the sphere of online marketing and Internet business.

Being a city with an abundance of innovation and IT talent, Kharkiv has the makings of a favorable startup destination. With more legal and financial support, it can certainly evolve into an important startup hub.

Erminesoft team is an American company, which provides mobile development services for startups and small businesses, namely iOS, Android, React JS development and UI/UX design. Read their story here. Their development center is located in Kharkiv – a city of young people and skilled IT specialists.

Taiwan is an island nation with an economy that has been traditionally linked to technology and is now taking a step further to become a global innovation and startup hub. In StartupBlink’s 2020 Startup Ecosystem Report, where we benchmark the ecosystems of 1,000 cities and 100 countries, Taiwan registered the highest debut among new countries […]
Written by StartupBlink January 29, 2021March 5, 2021

Click here to view Toronto’s Startup Map Introduction to Toronto’s startup ecosystem The city of Toronto, with its vibrant and diverse population, is a leading financial hub of Canada. It also features among the top cities of the world as a favored startup destination. A number of factors are responsible for this: a global population, […]
Written by StartupBlink September 16, 2015March 29, 2021

Click here to view Chicago’s Startup Map Introduction The city of Chicago, set on the southwestern shore of Lake Michigan, is a multicultural city which is recognized across the United States as a passionate sports town.  Its beautiful location and extensive parklands are a temptation to an estimated 86 million annual visitors.  With over 2.7 […]
Written by StartupBlink June 13, 2016March 5, 2021

Click here to View London’s Startup Map Introduction to the Ecosystem The London startup ecosystem has grown by leaps and bounds in the last few years. Dopplr, TweetDeck, Fotango, Songkick were some of the first successes of the city and currently, it houses over 1000 startups. London provides startups an opportunity to tap into markets […]
Written by StartupBlink July 27, 2015March 29, 2021

What is a startup? The definition

At StartupBlink, we have made it our mission to evaluate Startup Ecosystems around the world, considering closely the quantity and quality of startups, which is why it is crucial for us to have a clear definition for the term.  In today’s world, the word “Startup” has entered everyday language due to hugely successful and influential […]
Written by StartupBlink June 26, 2020May 17, 2021
Next