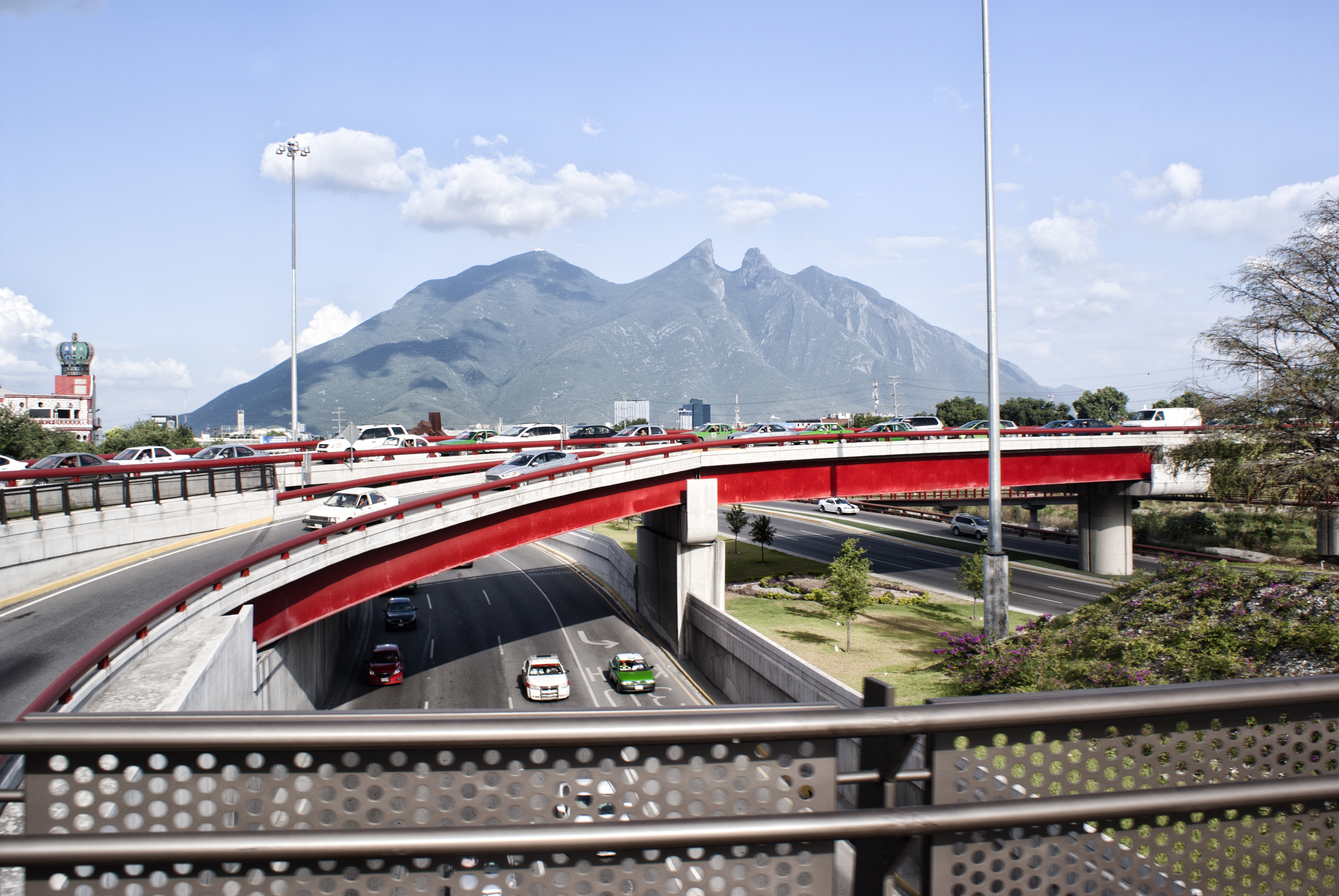 Monterrey is located in the northern region of Mexico near the Texas Border (a two-hour drive) and it’s one of the most industrialized cities in the country. It is home to several of the best universities in Mexico and Latin América that every year graduates a lot of students in engineering, design, and business. Also several of the best companies and business groups in Mexico have their headquarters in Monterrey (Femsa, Frisa, Xignux, Alfa, Cemex, Arca Continental, Vitro, Gruma, Banorte, Proeza, Cuprum, CYDSA, Protexa, and more).  In StartupBlink’s 2019 report, Monterrey ranked 2nd in Mexico and 81st globally.

Entrepreneurs have emerged in this city in the industries of steel, glass, cement, and beer, who fostered the technological development of these and other industries around them. With a culture that is very work-oriented, a lot of money is leading to new investments like real estate and entrepreneurship.

The new wave of entrepreneurship started with two of the most important VC funds in Mexico (IGNIA and Alta Ventures), resulting in a startup ecosystem that is constantly growing, incorporating more players like: funds, angel investors, incubators/accelerators, coworking spaces, and startups.

Here are some notable mentions:

DeCompras.com the first e-commerce company in Mexico, sold to Terra and PlazaVIP.com, acquired by Grupo Carso, are some of the ventures Juan Carlos García (@jcgs68) co-founded a few years ago. Being a serial E-Commerce entrepreneur, Juan Carlos also co-founded Banco Amigo, now ABC Capital, had the opportunity to work as VP in Wallmart, and now as Amazon Mexico CEO and co-founder of Pagamobil.com (@PagaMobil) the first mobile app in Mexico for the online payment of utility bills.

Naranya (@NaranyaGroup) was founded by Arturo Galvan (@agalvanc) (Former Infosel co-founder, one of the first technology companies in Mexico and former CTO at Grupo Reforma, the largest news company of Mexico). The company started in 2002 with televoting services and migrated to mobile subscription services, launching a mobile app store for Latin America in the last years. Naranyas’ reaches more than 600 million only with the App Store.

EnvíaFlores.com (@enviaflores) was founded by Jesús Martinez (@larralde21) in May 2001 but in the last 3 years, they grew to become the most recognized flower delivery company in Mexico. Jesús shows us that sometimes you have to keep pushing towards developing your project to make it happen. A lot of entrepreneurs quit early when things don’t go as planned.

SeMeAntoja, now acquired by Hellofood, was founded by Tavo Zambrano (@tavowzg) with the purpose of ordering food online. Tavo is recognized for being brilliant at retaining users and closing sales. In early stages he realized that people visited his site only to see the phone number and menu of the restaurants, so he changed the numbers to call his company directly.

Strengths for startups in Monterrey

Monterrey it’s very close to Texas, not only geographically but also in cultural aspects. There are strong business relationships with Austin and San Antonio, also a lot of people living in Monterrey are used to travel to McAllen or Laredo. The closeness to the US, brings another mindset for Monterrey companies, they usually visualize their businesses in big scale, expanding to the Mexican and American market.

As I mentioned at the beginning of the post, every year Monterrey graduates a lot of students in engineering, design, and business, including different parts of Mexico and Latin America. This new graduates now see entrepreneurship as an opportunity for their professional careers and are stepping up the level of working professionals. We’ve seen an incrementing number of startups founded by students and also new graduates, entrepreneurship is becoming part of the DNA of many citizens of Monterrey.

Monterrey’s businessmen are committed to developing the city. Directors from different companies are board members of universities and other entrepreneurship organizations. They invest time and money on providing better opportunities for entrepreneurs. As an example we can take INCmty, the biggest entrepreneurship festival in Latin America (@INCmty), were most of the funding for the event comes from these companies. There’s a special pride in living and working in Monterrey, and you can see businessmen wanting to give back to the community.

Weaknesses for startups in Monterrey

Second is the lack of mutual efforts within the players of the ecosystem. Every month there are new events, that on many occasions are on the same day of the week. Also, many of these same-day events focus on the same target market. MEET is also working to solve this problem, a more informed ecosystem leads to better outcomes.

The third aspect is that venture funds in Monterrey are targeting later stage startups, making a gap between early-stage startups and seed funding. Monterrey doesn’t have public angel investors and many of them are hard to reach. This problem has been detected by new funds, but they don’t have the expertise of investment like the established ones. This brings an opportunity for foreign funds to reach and invest in Monterrey’s startups.

Biggest magazines and blogs relevant to the startup ecosystem

In 2015 there were more than 80 players in the ecosystem, here are some of the most recognized:

Juan Manuel Núñez Nieto (@juanmanuelnunez) is Program Manager at Startup Studio Monterrey, a digital startup accelerator, he has more than three years of experience working with entrepreneurs. Juan Manuel is an exponent of the Lean Startup methodology and Business Model Canvas in different parts of Mexico.

We would also like to thank Rocio Díaz (@yosoyroru) and Christian Aguirre (@kr1ztian) who have a deep knowledge of Monterrey’s entrepreneurship ecosystem and helped build this post.

Click here to view Warsaw’s Startup Map Introduction to the Warsaw startup ecosystem Warsaw is the capital of Poland and has slightly more than 1.7 mln residents. It’s also Poland’s biggest city and education levels are high, thanks to a huge number of colleges. People come to work here from many nearby and far-away cities […]
Written by StartupBlink August 25, 2016March 5, 2021

With a population of over 972,223 people and as Canada’s 5th largest city, Edmonton is the capital of Alberta and known as one of Canada’s sunniest cities. With global companies such as Google investing in this city, it comes as no surprise that this sunny city is becoming one of Canada’s biggest players in the […]
Written by StartupBlink March 3, 2021March 5, 2021

What is a startup? The definition

At StartupBlink, we have made it our mission to evaluate Startup Ecosystems around the world, considering closely the quantity and quality of startups, which is why it is crucial for us to have a clear definition for the term.  In today’s world, the word “Startup” has entered everyday language due to hugely successful and influential […]
Written by StartupBlink June 26, 2020May 17, 2021

Click here to View Durham’s Startup Map A month ago, I sat in Durham’s Carolina Theatre for the Rise of the Rest Tour with Steve Case, former AOL co-founder. The historic theater dates back to 1926 and has witnessed the city’s history: tobacco boom, desegregation and the recent economic recession. Leading the “fireside chat”, Case […]
Written by StartupBlink July 15, 2015March 17, 2021

Click here to view Caracas Startup Ecosystem Map. Caracas, capital of Venezuela, is the principal entrepreneurship city of the country. With a proximal population of 2,5 million, the startups ecosystem in the city has grown by leaps and bounds in the last few years even though the big economic and political problems during the past […]
Written by StartupBlink May 11, 2016March 5, 2021

The Asian startup ecosystem is by far the largest and most populated in the world, with a fast-growing economy and the highest continental GDP.  The ethos of the Asian startup ecosystem is influenced by its vast geographical area that spans more than 45 countries, and a steadily increasing middle class. This is especially evident in […]
Written by StartupBlink November 10, 2020March 5, 2021

Click here to view Berlin’s Startup Map Berlin’s diverse startup scene involves over 2.000 startups, with a new startup being founded every 20 minutes. According to McKinsey, the startup ecosystem is expected to create more than 100.000 new jobs by 2020 and they expect Berlin to become Europe’s leading startup hub claiming Europe’s No 1 […]
Written by StartupBlink August 28, 2015March 29, 2021
Next