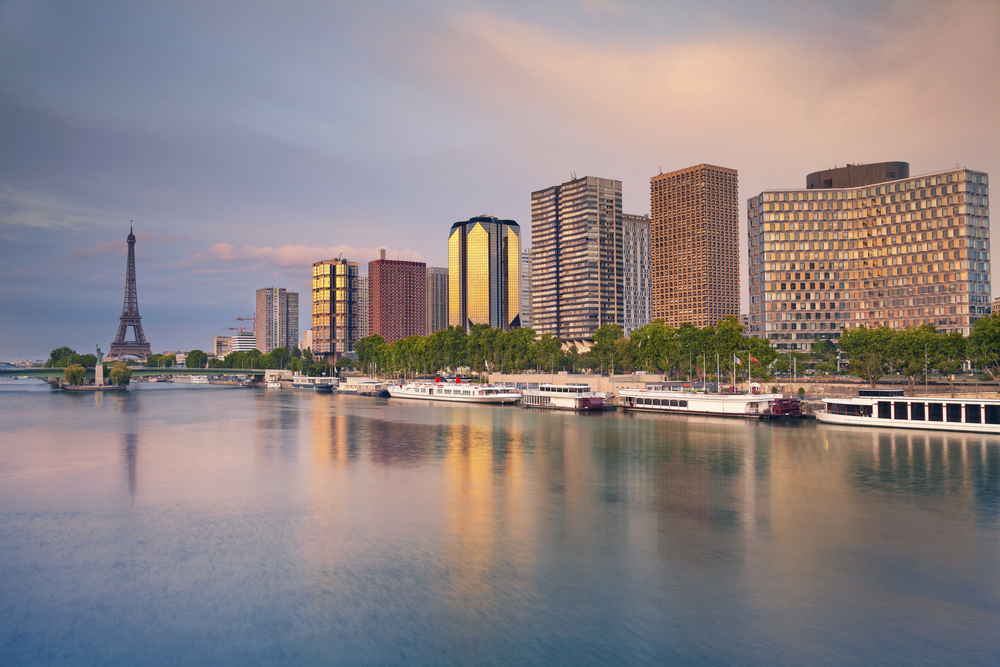 Paris is labelled as the startup capital of France. With surging numbers of startups in the city, Paris is a hub of entrepreneurial activity. Station F, which is the world’s biggest startup campus and plush business incubator opened in 2017. With the French government’s aim of increasing French startup landscape, Paris is gearing up to become the new commercial centre replacing London impending Brexit.

As is the case, there are several coworking spaces in the city and many more scheduled to come up soon. WeWork is expanding fast in Paris. In 2018, they are opening 4 more locations across Paris. To celebrate these grand openings, StartupBlink has partnered with WeWork to give you up to 15% discount of the price at any of the WeWork locations, which you can claim here.

In this article, we will discuss how the WeWork Paris openings will add to the coworking scene in Paris, and also go over some differences between what you can expect from WeWork in comparison to the current operating coworking spaces.

As per StartupBlink, the global startup ecosystem map and research center, France ranks 9th amongst 220 countries globally while Paris ranks 10th amongst all cities across the world. These are very strong rankings. Read our startup ecosystem rankings report here for other global rankings.

There has been a 30% increase in French startups since 2016, after the encouraging policies put forth by the French government. Station F spreads across a gigantic 36,000-square-foot space offering both big and small startups great offices. Since Paris is bustling with startups, it also attracts a host of VC firms and fundhouses. This becomes a self fulfilling prophecy in turning Paris into a startup heaven.

According to Coworker, there are 92 coworking spaces in Paris. The most popular ones are Remix coworking, Work in Paris, Hubsy, Le Laptop and Greenspace to mention a few. Remix, Work in Paris and Hubsy have multiple locations across the city. Furthermore, Hubsy is based on the concept of cafe coworking and all locations have the flexible pricing option per number of hours (instead of days) as well. Remix on the other hand is also focussed on the creative niche. So you can find artists and creative people working alongside you while there. This gives a great flavor to coworking. After all, coworking is all about meeting new people and networking.

Another great experience of coworking in Paris is that the whole city has great WiFi connectivity be it airports, shopping malls, cafes, restaurants and even public parks and libraries. During summers, it is a fascinating sight to see entrepreneurs network and cowork at any of these locations.

WeWork Paris has 4 locations already and 4 new ones have been just announced in 2018. This is great news for the startup community in Paris. Back in 2017, there were no WeWork offices in Paris and the first one opened in July 2017 at La Fayette.

True to Parisian art, this office space is beautifully designed inspired by “années folles”, or “the crazy years” in France during the 1920s. This office space is truly alluring and really brings out the best in you while working. Another WeWork is located at the famous Champs-Élysées area which is the high-end touristic avenue filled with cafes, theatres, shops and bars. The remaining 2 spaces are located at Colisée and Marais areas both of which have historical value. Strategically placed, all these 4 WeWork Paris spaces are beautifully designed and located in very good areas in Paris. All of these have easy connectivity with metro lines close by.

True to all WeWork locations, they have all WeWork amenities like IT support, conference rooms, phone booths, etc. Some of these locations also offer craft beer. Additionally, all of these WeWork locations conduct numerous events and provide great networking opportunities for entrepreneurs and investors.

Despite being a little expensive, startups must be able to leverage such great opportunities without worrying about costs. Use our offer to get 15% discount on any WeWork location.

WeWork Santiago Chile comparison to other coworking spaces in the city

It’s exciting news to see that WeWork is now going full speed in south America as well, with planned new branches in Santiago de Chile. One of the offices will open soon in 2018 and is located in the swanky area of Las Condes. It fits nicely with the metropolitan and startup community within Santiago. […]
Written by StartupBlink June 28, 2018November 19, 2020

With the increasing number of WeWork locations and members using this world’s famous coworking space brand, WeWork has decided to take a step further and offer entrepreneurs to join a very interesting initiative- WeWork Labs. Eligible members can join this innovative platform with a slight increase in the regular price of their coworking package. Nevertheless, […]
Written by StartupBlink September 5, 2019November 19, 2020

Click here to view StartupBlink’s Coworking Map The concept of coworking In this article we will discuss the Benefits of joining a Coworking Space for Startups. Founding your own startup is a lonely task, every startup founder will vouch for this. Joining a startup is an interesting option for startups and their teams to consider. Coworking […]
Written by StartupBlink January 30, 2016March 29, 2021

A new member of StartupBlink’s Coworking Community, Merkspace, is setting an ambitious standard for coworking competitors.  We recently sat down with Co-Founder and CEO Sapir Shpigel to discuss Merkspace’s approach in a rapidly growing and increasingly competitive coworking market.  Shpigel decided to establish a coworking center together with her father, Jacob Shpigel, after realizing they […]
Written by StartupBlink January 5, 2018November 19, 2020

Latin America is soon becoming an innovative hub for startups. Topping amongst all the Latam cities is Santiago which is attracting startups, investors and accelerators alike. To support its budding startup ecosystem, many new coworking spaces have sprouted in the city offering plush offices, around-the-clock coffee, great conference rooms and yoga/gym facilities. As a strong […]
Written by StartupBlink August 14, 2018November 19, 2020

WeWork, a StartupBlink partner and the world’s biggest coworking global chain is now offering StartupBlink members up to 15% discount on dozens of WeWork office locations. Firstly, a quick introduction about WeWork and the benefits of joining their coworking space is due. WeWork was started by Adam Neumann and Miguel McKelvey. And is effectively creating […]
Written by StartupBlink July 25, 2018November 19, 2020