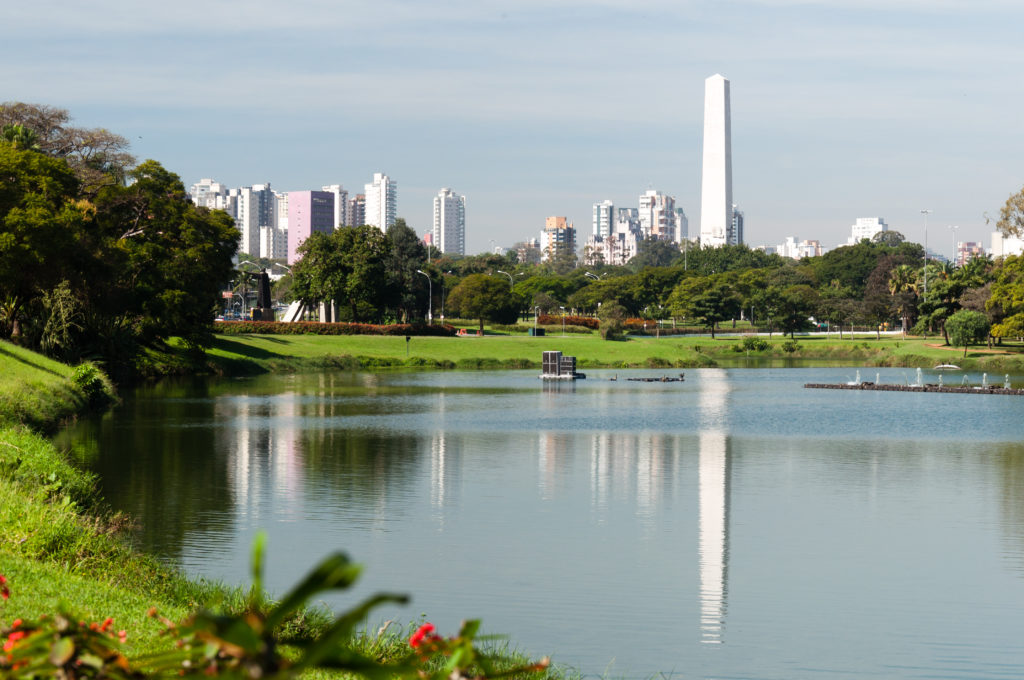 Sao Paulo is home to some of South America’s largest and highly successful startups and companies, as well as a number of investors and tech entrepreneurs.  In StartupBlink’s 2019 report, Sao Paulo ranked 1st in Brazil and 23st globally.

And the startup buzz in Sao Paulo is here to stay! With an ever-increasing number of smartphone and internet users and a marked economic shift, the city is a hotbed of opportunity for startups with innovative and mobile solutions…

Sao Paulo startups that made it big

He believes there are a couple of reasons why startups thrive in Sao Paulo. He says, “Sao Paulo is the Financial center of the country. Sao Paulo literally carries the country financially as it contributes to 60% of the Brazilian GDP.” Being the financial center, Sao Paulo also houses the offices of multinational corporations.

Vazquez also mentions that a lot of major accelerators are located in Sao Paulo, along with smaller investors looking for a good product. “Big companies (agencies, banks and construction) are building full sectors exclusively for funding new start-ups. So there is indeed a lot of money available for investment, but not enough good and promising startups for investment in 2015,” he says.

When it comes to market size,  Sao Paulo with a population of 11.8 million offers a huge opportunity to startup founders. The Brazilian economy is seeing a major shift, with the rapid growth of the lower and middle classes. Add to that the increased usage of smartphones, and it translates to a wide scope for mobile-based businesses, especially e-commerce.

The city also has an abundance of talent, owing to the number of well-regarded universities present. Although it may be a bit of a challenge to convince the right personnel to join a startup’s workforce, and not take up a traditional job.

According to Vazquez, the biggest weakness of not only Sao Paulo’s ecosystem, but Bazil as a whole, is bureaucracy. “To open a company it can take 2 to 4 months, and to register a name it can take up to 10 years. Other important factor is the legal security as there are many laws and interpretations to the same subject and no law to others,” he rues.

Taxation in Brazil is another challenge startups must surmount. Entrepreneurs have to pay an enormous 100 – 120 % taxes on employee salaries, revenues, goods, and services.  The high taxes are also pointed out by Vazquez who mentions, “According to SEBRAE during the first year of a new company between 50% and 60% close.”

With a booming population, another major problem is the Brazilian infrastructure. Employees spend hours in traffic to reach their workplace or meetings.

And finally, the last major issue plaguing startups in Sao Paulo is that many of them are not looking for ground-breaking innovation, but are content with starting the “Amazon of Brazil”or the “Groupon of Brazil.” Startups need to break out of this mindset in order to make a mark on a global level.

Gustavo Araujo: CEO and founder of A.SENSES, he invests in early stage startups in areas of advertising and entertainment. He is also the founder of A.LIFE Entertainment Group.

João Luiz Olivério (@joao_oliverio): He is a mentor at Aceleratech. Often invited as a speaker at conferences and startups, he is well-experienced in developing startups and funding companies.

Erik Cavalcante: A venture capitalist and entrepreneur, Eric Cavalcante has experience in the field of  IT and telecommunications. He is currently a partner at Vox Capital.

Vox Capital (@Vox_Capital): Founded in 2009, Vox Capital invests in small as well as high-potential businesses. It aims to create a cluster of profitable and scalable social businesses that improve millions of lives.

Bolt Ventures: Bolt Ventures makes seed and early stage investments in companies, and has an operating office in Sao Paulo. They invest in startups with market innovation and in areas such as education, e-commerce, mobile and subscription based models.

Victoria Capital Partners: A private equity firm with a focus on South America, it has offices in Sao Paulo, Buenos Aires and Bogota. Their investment activities are guided by teamwork, flexibility and transparency.

Monashees Capital: It is a Brazilian investment fund with 20 companies in its portfolio. The areas of investment include education and internet based companies. Some of its existing portfolio companies include Oppa, GetNinjas and Elo7.

Accelerators and Incubators in Sao Paulo:

Aceleratech (@Aceleratech): This program provides startups with an extensive range of benefits: from the business model, strategy and preparing for investments to networking opportunities and free services provided by its 40 partner companies. It has mentors from Silicon Valley and New York as well.

Startup Farm (@startupfarm): An accelerator for tech startups, it is 5-week long. The startups are provided with entrepreneurial knowledge, access to capital as well as an opportunity to collaborate extensively. Some of the startups that they have accelerated include Up Points, Easy Taxi and WorldPackers.

Plug N`Work (@PlugNWorkSP): Home to a number of successful startups, Plug N’Work offers startups an opportunity to join an ever-growing community. It is present in three locations. It also has private offices and organises a number of events.

All in all, Sao Paulo is a growing hub of startups and extensive market filled opportunities. However, there are still a few problems such as taxation and bureaucracy that startups must conquer to grow rapidly!

A special thank you to Mr. Matias Vazquez (@MatiVazquez) for his insights into Sao Paulo’s startup ecosystem!