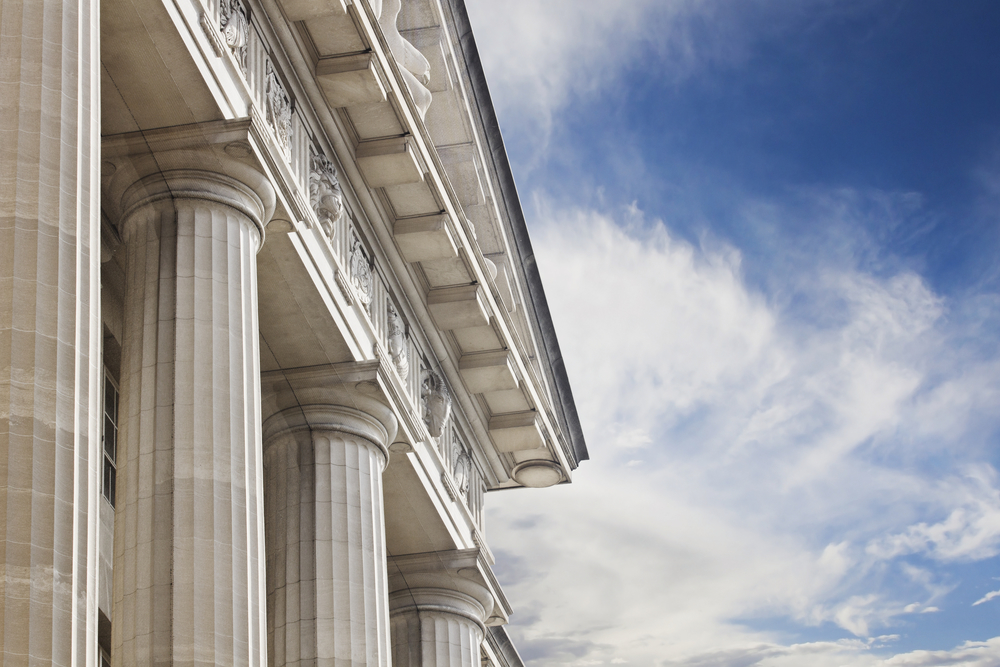 The role that governments play in countries that have a successful startup ecosystem has not still been well discussed. When we think of startups and a great startup culture, we only imagine the crucial role that entrepreneurs play. But governments in startup economies have progressively played a critical role in developing a startup culture by creating better policies, reducing tax burden, easing migration of talented workers, having developed infrastructure, etc.

Governments have also encouraged a culture of innovation and research by creating programs and educational institutions to create talent and tech developments in an economy. Such governments that have adapted with the times and encouraged startup development have helped raise the standard of living and economies of their countries. In StartupBlink research, downloadable here, which ranks 954 cities and 125 countries globally, we discovered that government supported countries ranked higher in startup ecosystem rankings.

In this article, we will go over the top countries where governments have succeeded in making their startup ecosystems successful.

Big names like Skype, Pipedrive and TransferWise are startups from Estonia that have made a real impact in the technology world. As many as 66% of Estonian entrepreneurs have expressed satisfaction with the government for being supportive and launching effective initiatives. Estonia is quoted as one of the world’s most digitally advanced societies. As StartupBlink research shows, Estonia ranks 13 globally among 202 countries, based on the strength of its startup ecosystem.

It has even gone ahead and introduced a digital e-Residency back in 2014, and their new Nomad Visa will be launched in early 2019. E-Residency aims to provide non-Estonians access to Estonian services such as company formation, banking, payment processing, and taxation thereby making them ‘e’-residents. While the upcoming Nomad Visa enables tech talent to freely work from anywhere in Estonia.

Startup Estonia is a government initiative that has aimed to boost the startup ecosystem. They have several initiatives like conducting events, creating marketing and branding strategies, and training programs for startups. They also assist in educating the local investors, attracting foreign investors, and starting accelerator programs. Moreover, Estonia offers a Startup Visa, encouraging non-Estonian startups to set up in Estonia.

Israeli government has been at the forefront of investing and nurturing a prosperous startup ecosystem by allocating time and resources to support their ecosystem. Israel is home to successful startups like Houzz, Mobileye, Similar Web, Waze, Wix, etc. R&D spending and smart government policies have been instrumental measures that the Israeli government has taken early on to grow this entrepreneurial culture.

On StartupBlink, Israel ranks 4 globally among 202 countries, based on the strength of its startup ecosystem. That is a very strong position, and as mentioned earlier, their government has been investing heavily in R&D and innovation through the Israel Innovation Authority (originally Office of the Chief Scientist) to facilitate innovation, research, tech advancements, and entrepreneurship. Israel also manages incubator programs and encourages Open Innovation. Giants like Microsoft, Intel and Google have been able to innovate easily by staying close to startups in Israel.

Although Israel started off as a public and trade economy, the government actively moved towards exploring the potential of private sector since 1980s. They kickstarted the venture capital wave by creating a program called “Yozma” in 1993, offering attractive tax incentives to foreign VC firms. The Israeli startup area is called “Silicon Wadi,” and is concentrated around Tel Aviv.

While Eastern Europe still has not reached its full potential, its Northern neighbours such as the Baltics (Lithuania, Estonia and Latvia) have come a long way in terms of development. The Lithuanian government has taken several measures to encourage startups; Startup Lithuania, a government backed program, has been created to help non-EU entrepreneurs to set up their business in the country, and future developments plan to take the current startup ecosystem further.

The first in Europe, Blockchain Centre (BC) has also been established in Vilnius in 2018, establishing Lithuania as one of the global leaders for blockchain. The Lithuanian government and the Bank of Lithuania have been trying to actively grow in fintech space. In 2017 alone, 35 new fintech companies registered in Lithuania. Although the startup ecosystem in Lithuania is still growing, there are several success stories like MailerLite, Vinted, Integrated Optics, etc. StartupBlink ranks Lithuania at 22 globally from amongst 202 countries.

Finland is another European country whose startup ecosystem is ever-evolving. The Finnish government launched the Startup Residence Permit in 2018, enabling entrepreneurs who have started or will start a business in Finland to expedite a residence permit. The Talent Boost Program is another initiative started by the government to attract international talent and investors and to boost innovation.

Helsinki Business Hub is another example of an organization that helps businesses in Helsinki focusing on sectors like ICT (Information and Communications Technology), Healthcare, Smart cities, Smart maritime, and Investor relations. Finland ranks 19 globally among 202 countries, based on the strength of its startup ecosystem on StartupBlink. For a small nation, this is a strong rank.

The Portuguese government is aggressively trying to improve Portugal’s startup scene. StartUP Portugal is Portuguese government’s strategy for encouraging entrepreneurship focusing on developing the current startup ecosystem, funding opportunities, and internationalisation. Through this, startups can also avail financial backing as an alternative to bank loans. There are around 20 more measures underway due to this program, like Startup Voucher which offers support during the ideation phase.

Lisbon is fast becoming a startup hub. With accelerators, startups, and coworking spaces coming up in the city, Lisbon is attracting entrepreneurs heavily. Startup Lisboa is an incubator located in the city, and a recent startup success story at Lisbon was when Web Summit, an annual global tech conference, was moved from Dublin to Lisbon since 2016. This was because of the buzzing startup scene in the city and better infrastructure. We rank Portugal 24 globally among 202 countries where major startups like Uniplaces, Talkdesk, Zaask, etc. are located.

Bulgaria is another European country on the list. The Bulgarian government has been actively trying to bring talent from EU to Bulgaria and retain it. Already known as a country with tech, engineering, and mathematical talent, the Bulgarian startup scene has been on an upward swing since 2015. In 2018, the government announced funding of 150 million Euros to promote entrepreneurship. The government is also working to attract giant global companies into setting up their offices in Bulgaria.

The EU already invests almost $1.5 billion in Bulgaria through a program called JEREMIE (Joint European Resources for Micro to Medium Enterprises). A part of this fund is a direct investment into small businesses, and another part goes VCs. An example is Eleven, a VC that helps local startups go global. In 2018, the first Sofia Startup Expo is scheduled to take place, marking a step in the right direction for the development of startups. On the StartupBlink map, Bulgaria ranks 31 globally among 202 countries.

Already known as a business haven due to low corporate tax, Ireland is a hub for startups. They also have Double Tax Agreements with many countries to avoid double tax for corporations. As a result, several global companies have set up their headquarters in Ireland to reduce their tax burdens. Dublin is the headquarters to many large corporations as well like Google, Facebook, Twitter, LinkedIn, etc.

The Irish government has set up initiatives like Immigrant Investor Programme (IIP) and Start Up Entrepreneur Programmes (STEP) which aim to promote startup growth from migrant entrepreneurs. Also, Ireland’s Investor Visa falls under the IIP. On the StartupBlink map, Ireland ranks 16 globally among among 202 countries (a very good rank), based on the strength of its startup ecosystem.

While this list is not exhaustive, there are several other countries whose governments are actively involved in growing their startup ecosystems. Some examples are Japan, India, Germany, USA, UK etc. In the United States, which is also the home to Silicon Valley, the government is still very involved in nurturing startups. The government, in association with the Kauffman Foundation have launched The Startup Act, enabling more job creation through entrepreneurship.

Likewise, Germany is known as a powerhouse of technology, engineering, innovation, and research and global startups like Rocket Internet, Research Gate, Wunderlist, and Babbel were started in Germany. Most governments realize the value of having a budding startup ecosystem and its positive effects on local economies. Such governments have also understood the value of investing time and resources into quality startup ecosystem research.

If you are looking to learn more about the startup ecosystem ranking of your country, you can read our latest report here.

Startup ecosystems are evolving globally. In this article, we bring you the top startup cities divided as per their regions. These rankings are quite dynamic since startup ecosystems are continuously changing. For this article, we have mainly relied on the StartupBlink Ecosystem Ranking Report which ranks over 1000 cities and 100 countries across the world according […]
Written by StartupBlink October 10, 2018November 19, 2020

Startup influencers and leaders can often be the driving force of a startup ecosystem. We are great believers of startup success stories and the psychological influence that it has on the ecosystem. To help create these success cases and share them, there must be individuals working on the development of the ecosystem and connecting part […]
Written by StartupBlink January 31, 2020May 17, 2021

Based on the Startup Ecosystem Rankings Report 2019, many cities have emerged as the fastest-growing startup ecosystems when compared to 2017. We have already celebrated the top-ranked startup ecosystems by countries and by cities, but have never had a chance to celebrate the locations with the massive jumps in the rankings. And we are not […]
Written by StartupBlink November 29, 2019November 19, 2020

StartupBlink’s 2017 global report ranked over 900 cities based on the health of their startup ecosystems.  The scale of the report is unprecedented and it remains the largest study of startup ecosystems available online.  Our team dedicated countless hours – and thousands of cups of coffee – to build a map worth sharing with the […]
Written by StartupBlink February 21, 2018November 19, 2020

StartupBlink has launched the Startup Ecosystem Ranking Report 2019 that now ranks 1,000 cities and 100 countries worldwide and is available for download here. Barcelona is Southern Europe’s most dynamic startup ecosystem, being home to over 1,300 startups that mostly develop their activity in the fields of Industry 4.0 (17%), life sciences (13%) and mobile & […]
Written by StartupBlink May 7, 2019November 19, 2020

Moscow: A Global City of the Future

StartupBlink has launched the Startup Ecosystem Ranking Report 2019 that now ranks 1,000 cities and 100 countries worldwide and is available for download here. Moscow is one of the world’s top centers in high-tech and creative industries. The metropolis has a developed economy, a comfortable urban environment and a mature innovative ecosystem in which boldest ideas […]
Written by StartupBlink May 7, 2019November 19, 2020
Next