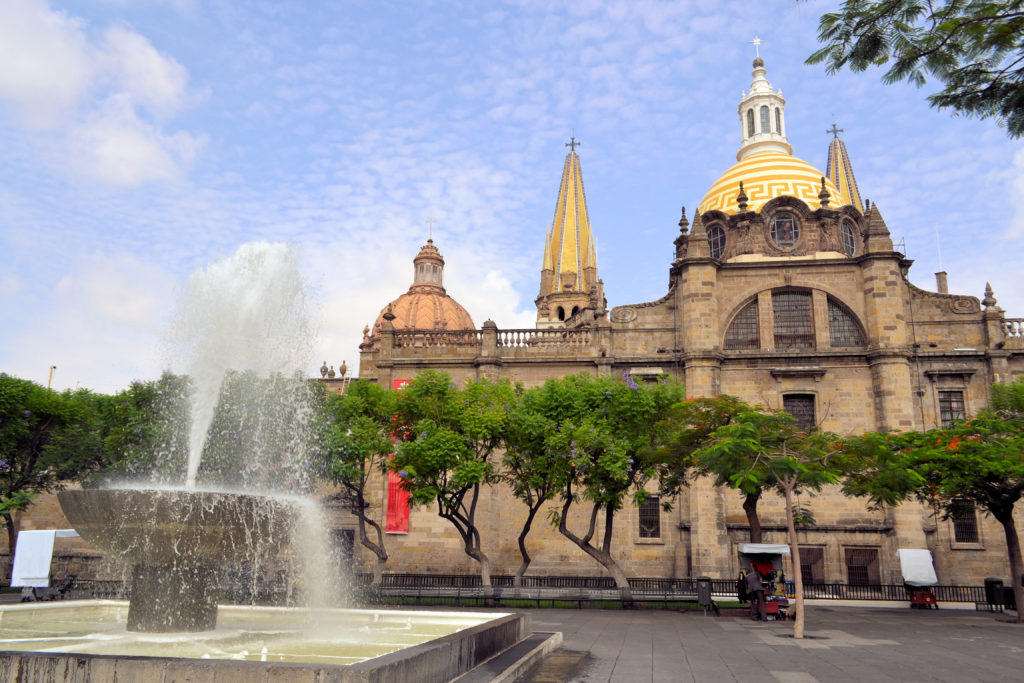 Guadalajara in Mexico (don’t let yourself get confused with the one in Spain) is the second largest city in the country with more than 4.5 million inhabitants enriching it every day, bestowing the area with a hallmark of big cultural contrasts. For the past 30 or so years, the very strong sense of tradition, folklore and conservativeness has merged perfectly with the influx of domestic and foreign migration that leveled the pitch for a culture of innovation and tech entrepreneurship. In StartupBlink’s 2019 report, Guadalajara ranked 3rd in Mexico and 90th globally.

Guadalajara is the capital of Jalisco, which is the 4th largest economy in Mexico by GDP. There are over 700 electronics manufacturing shops and IT companies (ranging from Dev shops, Startups and Platform Companies) throughout the state that combined adds up for more than 17 billion pesos—over 60% of State’s trade exports—making it a predominant activity for Jalisco’s economy. It all started in 1968 when Motorola established a manufacturing unit within the City. The abundance and growth of cheap qualified labor, decent higher education infrastructure and quality of life—that all remains to this day—boosted the arrival of other subsidiaries, competitors and spin-off companies like IBM, NEC, Siemens, Kodak, General Instruments among others. Slowly but consistently the region has overrun the “cheap labor” self-image by attracting R&D and product development units, instead of manufacturing ones.

With over 30+ tech related communities—and growing—helding educational and networking events each week just for the sake of sharing best practices and success cases, that alone has helped to inspire, educate and connect more people to work together and efficiently and then give back to the new entrants.

The most important communities are Hackers and Founders, iTuesday and MakersGDL that each one holds monthly meetings with more than 100 people (besides H&F’s main event there are 4 themed, educational regular events).

Due to this in 2014, Meetroopers was created. A community of communities that aims to integrate and coordinate the efforts and to incentivize the creation of new ones within Guadalajara and throughout the country.

Advantages of starting in Guadalajara

People: With most of its population ranging from 15 to 64 years old, Guadalajara can be considered a young, vibrant city. As a magnet for new incomers, people tend to be warm and welcoming.

Government: Jalisco was the first Latin American state government to create a Department of Science and Innovation, that has helped promote and foster a culture of innovation within the most influential related entities and to align and coordinate the efforts on this matter.

Disadvantages of starting in Guadalajara

Bureaucracy: Despite having a Department of Science and Innovation, there’s still—as in most governments through Latin America—a proclivity to give priority to bureaucracy and politics when trying to get things done.

The business community and tech adoption: Guadalajara has had a strong nation-wide position in goods trading. From home furniture to processed foods and candies, these large trading companies are family owned and managed in a very traditional way. They tend to be very conservative and risk-averse often seeing technology adoption to improve their processes as a waste of money instead of an investment.

Lack of angel investors: Not having had a major startup exit, local investors—historically—have preferred to put their money in real state and governmental bonds.

Insecurity: Like any large Latin American city, the sense of insecurity is always there. This has an important affection on publicly acknowledging success, reducing the spotlights on those local entrepreneur heroes that prefer to go unnoticed, and probably leaving the country to enjoy their newly acquired wealth.

Most successful startups in Guadalajara

If you are a startup or an established company considering Guadalajara as a good place to operate from, these are a few names you should consider for a soft landing:

Community and Meetups  in Guadalajara:

Guadalajara plays an important role in the Mexican startup ecosystem as a whole, given its conditions (great food, weather, infrastructure, educational level, and size; among others). It attracts talent and companies that pave the road to convert Mexico into a tech and innovation hub for Latin America.

Oscar Terrazas is a Senior Sales Executive at DWSoftware in Guadalajara. He is also the founder of Blondon Eventos Corporativos and curator of Guadalajara Startup Digest.