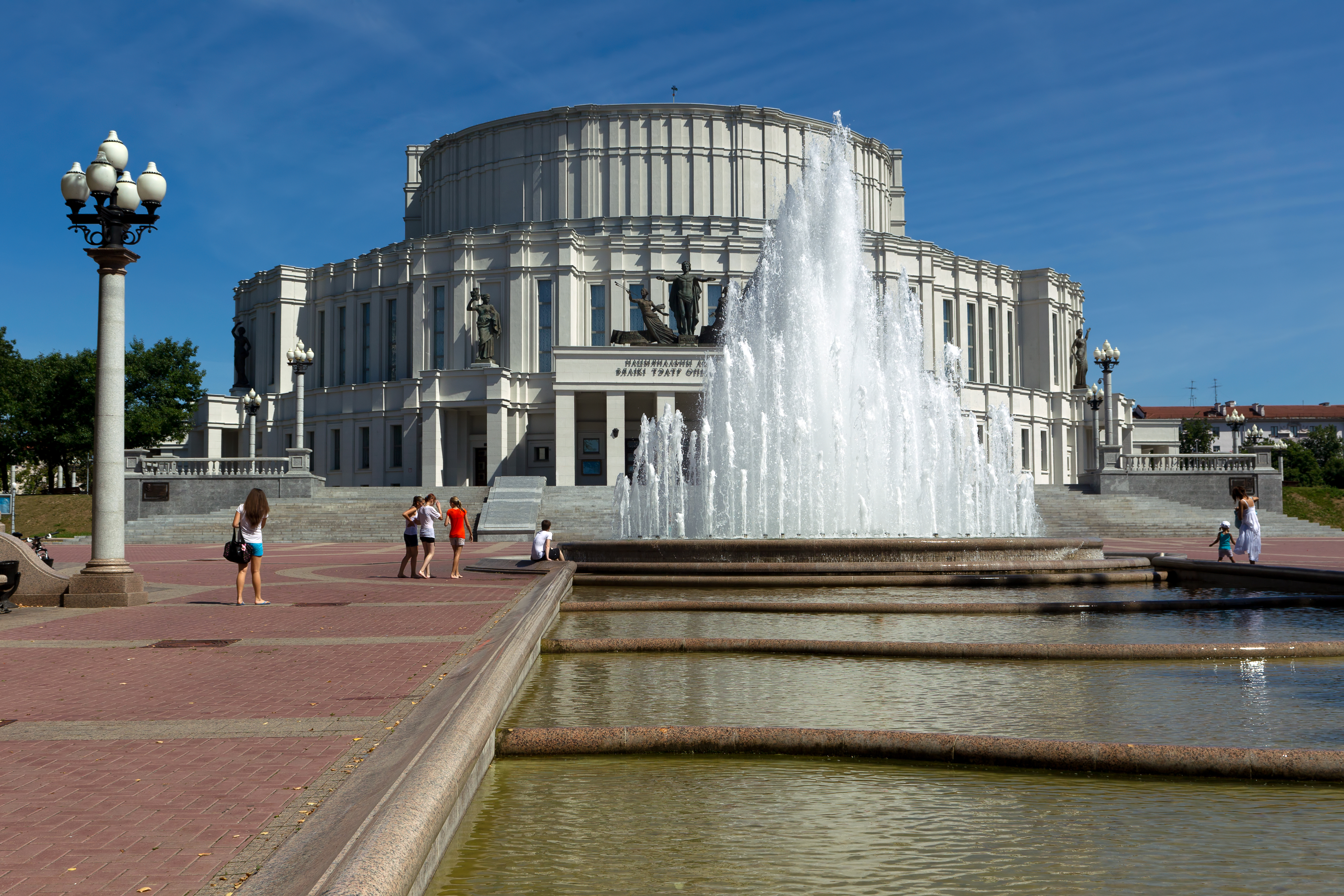 Belarus startup scene has changed significantly in the past few years. The ecosystem in the country has been fortunate to be able to skip some development phases, partially modeling itself on more established startup hubs to develop quickly. There were and still are an ongoing number of positive and dynamic developments in the ecosystem, including the emergence of new coworking spaces, startup education programs and an increasing number of startup events.  In StartupBlink’s 2019 report, Belarus ranked 55th globally.  It’s top city, Minsk, ranked at 181.

In the past few years besides the success of outsourcing companies like EPAM, several startup success stories have emerged in Belarus, with the following companies being the best:

MSQRD (@msqrdme)- face tracking and 3d face placement app. While it still often takes years for firms to grow, the modern economy allows the right innovation, especially a digital one, to blossom quickly. While the team had been working on the technology for years, the company was born at a post GEW hackathon Garage 48 at Imaguru Startup Hub in November 2015. It took MSQRD just 4 months to get acquired by Facebook in March 2016.

There is a number of successful startups that have got their funding after relocating to more developed ecosystems being San Francisco,  London, Helsinki, Vilnius or Moscow.

Kino-mo (@kino_mo_)- is an award-winning company developing smart high-impact technologies that allow projecting 3D images and video in the air.

Belarus is home to some of the world’s leading ICT companies – EPAM, IBA, Itransition and Intetics which are 4 of world’s 100 top outsourcing firms. According to WB report Improving the ICT Sector in Belarus, the country could envision achieving USD$4.3 billion in the ICT sector with an estimated 172,000 employed into the sector by 2020. It is estimated that every single direct job in the ICT sector creates four indirect jobs in the economy.

Most successful companies were founded by the engineering elite from Soviet times and are based on innovative ideas that target international markets. Belarus IT-specialists are among the most highly skilled in the region. About 34,000 people work in the IT-sector in Belarus. Every year approximately 3,000 new software engineers enter the labor market.  Belarus State University and Belarus State University of Informatics and Radioelectronics are two institutions which produce the largest number of engineers.

The underdeveloped legal framework and fiscal incentives for venture investments, a nonfunctional capital market lead to the deficit of startup funding. There are current challenges represented by the lack of well-developed laws for establishing and managing VC funds in Belarus. The legislation also needs reforms when it comes to resolving insolvency, enforcing contracts, protecting minority investors and some other areas.

Overall there is a lack of political will to pursue difficult reforms. The president in power for 22 years is less inclined to perform changes, thus reforms are taking place in fragmented policy areas. Negative political and social landscape impacts innovative and risk-taking businesses going ahead of certain regulations.

The problem of entrepreneurs being punished for taking a risk or being ahead of their times is tightly connected with a whole set of cultural biases. It can be explained by a short history of entrepreneurship in the country. Conservative mentality, risk-averse attitude, the fear of embarrassment if failed, and potentially imprisonment discourage many young people from becoming entrepreneurs.

Lack of skills on both sides of demand and supply

The scarcity of entrepreneurial experience is definitely another big challenge. There are still very few serial entrepreneurs who made an exit and who are investing back into the region with their money and their knowledge. While young startups lack the whole range of business and marketing skills, investors need risk capital management skills. Most of them represent traditional industries or have a banking background. Therefore they tend to avoid risk and have limited knowledge of how to help entrepreneurs build successful companies.

Imaguru Startup Hub (@Imaguruby)- a leading platform for early stage startups, providing coworking and education services, mentorship and access to partners network. This is the most vibrant self-organized community of tech companies in Belarus with a strong focus on Silicon Valley and international development.

Event Space – an event space focused on IT companies created in 2014.  It is a meeting point for IT professionals, developers, and engineers. Space organizes meetups, conferences and events focused on various aspects of IT business.

MinskCityTechnoPark – a government technology park which provides low-cost incubator space for startups and support for high-tech businesses.  As many state incubators, it is just low-cost space with no mentorship and education support.

TechMinsk (@TechMinsk) – an accelerator run by Imaguru team. The program does not takes equity. Since its launch in 2013, TechMinsk educated 200+ startup founders. Among them are Eugen Nevgen founder of MSQRD and some other successful entrepreneurs.

HTP incubator  – state own incubator created on HighTech Park premises. HTP was established by GOB in 2005 to provide favorable operating conditions and tax incentives for IT companies. Until recently product development companies and startups were not at the focus of HTP. HTP incubator provides mentorship and education services to startups that are part of the incubator.

GEW Startup Conference – Startup conference is traditionally part of GEW events in Belarus. The conference was mentioned by Techcrunch among best Startups events in Eastern Europe.

Venture Day Minsk – the only event in Belarus primarily focused on technology-based startups from the region organized annually in April.

Startup Weekend Belarus, the oldest organization which since 2010 has been organizing startup and invest weekends in Belarus. It focuses on small businesses on the idea stage often in traditional industries.

Social Weekend – a contest of social projects in Belarus where one can offer his idea and get mentorship support and prizes. The contest focuses on social impact projects.

IPM Startup Contest – IPM, one of the key private business schools in Belarus, organizes a contest of startup ideas. The School provides mentorship and education support to selected startups.

The angel investor community is still at an infant stage in Belarus. BAVIN, business angels network, focused on traditional non-IT companies, closed its operation in 2015. There are few fragmented investors are looking for startups at an individual basis not being part of a larger group of like-minded people. Among them are Yuri Gurski investor in MSQRD and Maps.me and Yuri Zisser, founder of TUT.by.

Imaguru has launched a series of education seminars for angel investors in cooperation with US-based Angel Labs. Based on the first investors bootcamp,  a new Business Angels Network was initiated.

There is a couple of crowdfunding platforms recently launched in Belarus:

Talaka Talaka focuses on social projects up to $5,000. It also provides mentoring and training services to owners of crowdfunding campaigns.

Fenox Ventures, the only VC fund with Belarusian roots, moved its investment focus on startups in other geographical areas. There is just one private equity fund called Zubr Capital operating in Belarus. International finance organizations  IFC and EBRD focus their investments on large private players in traditional sectors.

Dev.by – the key online resource for IT professional. In Russian.

42.tut.by –  IT section of the largest Belarus online portal TUT.by

The scene is shaping itself in a way that it can be seen in more developed ecosystems. The challenging issue at the current growth stage remains the integration of efforts of various ecosystem players. On one side Startup community emerging with different groups of people gathering in different formats represent great networking and knowledge sharing opportunities. On the other side, Government supported initiatives are not aligned with private players’ efforts and often lack understanding of market needs.

International donor organizations, with USAID among the most active institutions,  more and more focus their activities on entrepreneurship and innovations support in Belarus. USAID has recently announced AID Venture project that will help create favorable conditions to VC ecosystem development in Belarus. There seems to be a healthy demand for early-stage financing in Belarus, the project will put the effort to help reduce substantial early-stage financing gap.

In Belarus main innovation hubs, acceleration schemes, mentors, media coverage and risk capital funds are yet to come and it is important to consolidate the efforts of the key ecosystem players and build international connections.

Kaunas: Not All Quiet on Our Front

StartupBlink has launched the Startup Ecosystem Ranking Report 2019 that now ranks 1,000 cities and 100 countries worldwide and is available for download here. Saying goes that it‘s better if something happens later than never. It could be said that Kaunas is exactly the case to this point. Ostensibly, Kaunas had all the necessary ingredients for […]
Written by StartupBlink May 9, 2019November 19, 2020

Click here to view Kharkiv’s Startup Map. Introduction Kharkiv, the second largest Ukrainian city with a population of almost 1.5 million people, has been known for a high concentration of the country’s best minds. It was Kharkiv where the first USSR atom disintegration happened in 1932 and where one of the oldest universities of Eastern […]
Written by StartupBlink April 4, 2016March 5, 2021

Click here to view Budapest’s Startup Map Introduction to Budapest’s startup ecosystem Situated along the Danube River in Europe, Budapest has mesmerized many with its beauty and vibrancy. But of late, a new buzzword is doing the rounds of the city: startups. The city is bursting with new ventures, and helping their development are co-working […]
Written by StartupBlink September 8, 2015March 29, 2021

StartupBlink has launched the Startup Ecosystem Ranking Report 2019 that now ranks 1,000 cities and 100 countries worldwide and is available for download here. Kyiv is the capital of Ukraine and Ukraine’s startup capital. Around 60% of the tech ecosystem of Ukraine is based at Kyiv. It’s a home for more than 500 startups and more […]
Written by StartupBlink May 8, 2019November 19, 2020

Introduction to the Sofia Startup Ecosystem Click here to view Sofia’s Startup Map Sofia, the beautiful capital of Bulgaria, is situated in the heart of the Balkans. It is one of the favorite destinations for tourists as it one of the oldest cities in Europe, where you can see buildings of all architectural styles, yet […]
Written by StartupBlink June 6, 2017November 19, 2020

Click here to view Cyprus’s Startup Map. Introduction to the Cyprus Startup Ecosystem Cyprus is the third largest island in the Mediterranean at the southeastern end of Europe right at the crux of the busy shipping and air routes linking 3 continents, Europe, Africa and Asia with a population just about 1 million people. The […]
Written by StartupBlink December 9, 2016November 19, 2020
Next