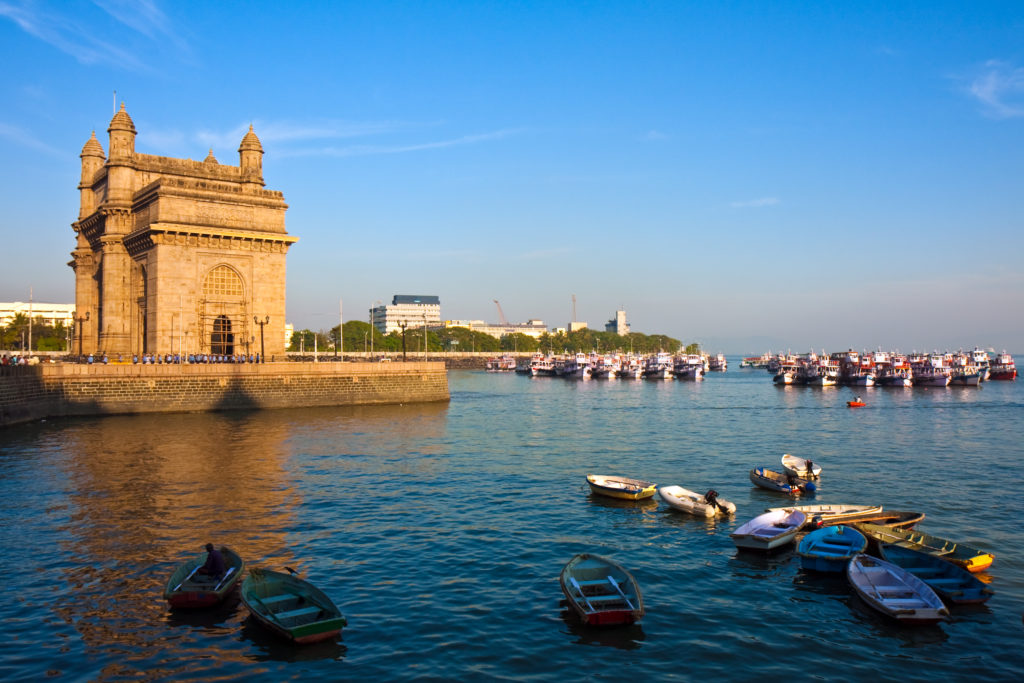 Mumbai – The city with growing startups

With a growing number of startups being created in India each year, the country is bustling with more startup energy than ever. And playing a very important role in India’s burgeoning startup scene is its financial capital – the city of Mumbai.

“While Bangalore had taken early lead in the Indian startup story, a lot of entrepreneurs from the leading institutions in the area, as well as already established product companies have chosen Mumbai as their launchpad city, and more and more are continuing to do so,” says Sasha Mirchandani, founder of Kae Capital and co-founder of Mumbai Angels.  In StartupBlink’s 2019 report, Mumbai is ranked 3rd in India and 29th globally.

The startups in Mumbai mostly revolve around the financial, consumer services, media and retail sector, and the ecosystem is frequently compared to that of New York.
The abundance of venture capitalists, growth funds, educational institutions and incubators has propelled Mumbai’s growth in the startup scene.

Mumbai startups that made a mark

The most notable example of Mumbai’s successful startups is Housing.com, a company that has quickly shed its startup tag in three years and grown into an 800-member organization. Apart from Housing, the city has also seen other innovative startups in fields such as ecommerce, analytics and consumer focused services.
Here are a few notable startups that began their journey in Mumbai:

1. Housing.com (@Housing): Launched three years ago by a group of students from the Indian Institute of Technology, Mumbai, Housing.com uses a data based approach to house hunting. The company has raised multiple rounds of funding from Japan’s SoftBank, Qualcomm Ventures, Helion Ventures and angel investors.

2. Freecharge (@FreeCharge): Freecharge was co-founded by Kunal Bahl and Sandeep Tandon in 2010, and has since grown its customer base. The company captures the mobile-recharge market in India, where it offers users a chance to recharge their mobile balance in exchange for coupons of equal value. Thus technically, the recharge is “free”. The company has managed to capture a large share of online customers and has now moved base to Bangalore. It was recently acquired by another e-commerce giant in India for a whopping $400 million in April 2015.

3. Quikr (@Quikr): An online classifieds portal, Quikr was founded by Pranay Chulet in 2008. It has raised $150 million in its latest round of funding from existing investors Tiger Global Management and Investment AB Kinnevik. The company is now looking to go deeper into verticals such as real estate, car sales and blue collar jobs.

4. Haptik (@hellohaptik): Started in August 2013 by Aakrit Vaish and Swapan Rajdev, Haptik enables you to get support and information for more than 200 companies in real time, without having to wait in call center queues or searching through company FAQs. The company has raised $1 million from Kalaari Capital in their first round of financing.

5. Crowdfire (@Crowdfire): Crowdfire is an analytics program and publishing tool for social media. The app has been downloaded more than 3 million times and it has rapidly grown in size and scale.

6. TinyOwl (@TinyOwl_App): An app for ordering food, Tiny Owl launched with 50+ restaurants and has grown its outreach to 3000+ restaurants. It has raised $3 million from Sequoia Capital and Nexus.

Strengths of the city as a startup destination

Ajay Ramasubramaniam of Zone Startups, an accelerator in Mumbai, states that the city offers a few unique advantages to startups such as the presence of mentors, accelerators, boot camps, e-cells, venture capitalists, angel investors and growth funds. The founders in Mumbai bring with them solid experience and education from some of the best institutes in the country, and in many cases, abroad. Moreover, Mumbai also houses the head offices of a number of giant corporations, which means easy access to capital and experienced professionals.

Ajay also believes that the senior professionals in Mumbai are taking an active interest in the startup ecosystem, and they bring with them not only funding but also valuable advice and mentoring for startups.

Romil Shah, a startup evangelist and organizer of various startup events for the Headstart Network Foundation, points out that the talent in Mumbai is most business and opportunity-oriented than anywhere else in India. He cites a few startups such as Quikr, Freecharge, Housing, Ola, that have made it big in the city, and others such as Shopsense, Diabeto and Entropy that are creating innovative products and platforms.

Mumbai also offers startups an interesting mix of management and engineering talent, new as well as old. Every year, the city attracts students from all over India, who choose to study in the city owing to its many cosmopolitan attractions and opportunities. The city is home to premier institutes for engineering as well as management. Graduating students are less and less worried about living from one paycheck to another, and hence do not shy away from floating their own venture or being part of another’s success story.

Weaknesses of the city for start-ups

In spite of its various merits, Mumbai is not without its drawbacks. The high cost of living is cited as a problem by many. Says Romil, “Wages in Mumbai are traditionally low and rents are high, thus driving away good resources to other cities with low cost of living.”

Even with the widespread presence of angel investors, the first round of capital is not the easiest to come by and even if it does, it is available at a high cost.

Ajay emphasizes on another issue startups frequently face: a number of traditional investors are not easily sold on up and coming digital and mobile ideas. Moreover, investors are looking for profit and not to build sustainable enterprises.

The movers and shakers of the ecosystem

A successful ecosystem is a result of its many active players and Mumbai has no dearth of them. Sasha Mirchandani notes, “Entrepreneurs should try to capitalize on their potential offered by the current entrepreneurial hubs in greater Mumbai as a source of talent, product validation and mentorship.”

Here’s taking a look at some investors, accelerators, influencers and co-working spaces in Mumbai:

1. Ajeet Khurana (@AjeetK)
A graduate in Computer Engineering and an MBA from the University of Texas, Ajeet Khurana invests ten thousand dollars in startups every year. These startups revolve around e-commerce, software, education, and mobile. Some of the startups he has invested in include Karmic Life sciences, Rolocule Games, Carveniche Technologies and United Mobile Apps.

2. Zishaan Hayath (@Zishaan)
Zishaan Hayath runs an angel investment club Powai Lake Ventures and has invested in Indian startups such as Shopsense, Housing.com and Ola. He is also the co-founder of Toppr.com, which is an exam preparation site for students.

2. SINE : Society for Innovation and Entrepreneurship was founded in 2004 to support the growth of entrepreneurship in IIT Bombay. The incubator is a role model for incubators in academia all over the country, and its success lies in the availability of funding from VCs, angels, and financial institutions for its companies. SINE Companies collectively have revenues of about 100 crore rupees.

3. TiE Boot camp (@TiEMumbai): The Boot camp is a free, no contract 60-day accelerator for startups in the fields of mobile, digital marketing, and discount sites. Some of the startups it has accelerated include Quinto, CVLift.com, MondoBoard.com and TheAlumniPortal.com. The Boot Camp provides startups an opportunity to learn alongside the best, to interact with VCs, and a chance to pitch their idea to early-stage investors.

1. Light box (@lbvc): The team of Lightbox is an interesting mix of entrepreneurs, investors and technologists. The firm has founded successful startups such as Cleartrip, Half.com (purchased by eBay), Newhoo (purchased by Netscape), Evolv (purchased by NIIT) and led functions at Google, eBay, InMobi, Yahoo, Sony, NIIT and Cleartrip. The firm’s focus is early stage consumer technology businesses.

2. Kae Capital (@SashaMirchi): Kae Capital looks to invest in companies with disruptive technologies in spheres such as e-commerce, health, education and consumer internet. They fund early-stage companies and help them grow sustainably. Some of the parameters they evaluate include market size, innovation, value proposition and capital efficiency.

3. Blume Ventures (@BlumeVentures): An angel and seed venture fund, Blume ventures provide startups with mentoring along with funds. So far, it has invested in 50+ companies, in fields such as the internet, mobile and digital media.

1. Mumbai Angels (@MumbaiAngels): With many of its members having Silicon Valley experience, Mumbai Angels connects companies with angel investors. It is a platform for early-stage ventures to meet and gain inputs, funds and mentoring from successful entrepreneurs, executives and professionals interested in investing in them.

3. Startup Weekend, Mumbai (@swinindia): A global network of passionate entrepreneurs and leaders, Startup Weekend provides hands-on, weekend-long experiences to entrepreneurs to find out the viability of their ideas. Most of the attendees have a background in tech and design. Over two days, teams discuss, debate, develop and validate their ideas and get feedback from a panel of experts.

1. The Playce (@the_playce): A 5,000 sq. ft. co-working space that can house more than 60 startups, The Playce has a number of conference rooms, private cabins, game rooms, and plug-and-play work desks. It also hosts events such as Founder’s Meet, robotics and painting workshops, and many designs and tech-related events.