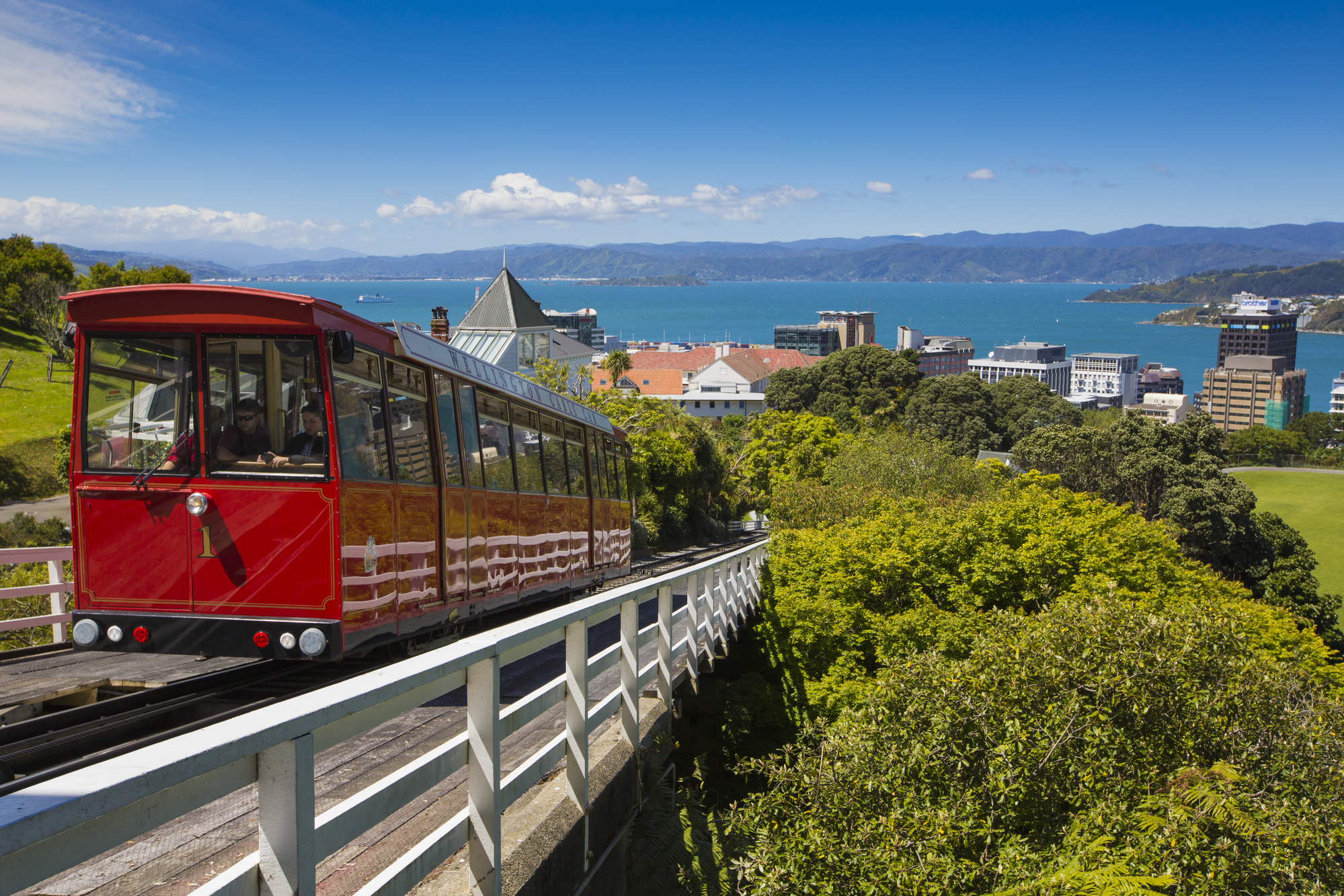 For a small city of only 200,000 inhabitants, Wellington certainly has a vibrant startup scene, one that has grown from strength to strength in the last decade. The southernmost capital city is nestled amongst steep hills and deep valleys and the region enjoys almost 500 kilometers of rugged and beautiful coastline. The landscape is a stunning legacy of the city’s location at the nexus of earthquake faults that bound the Asia-Pacific region. In StartupBlink’s 2019 report, Wellington is ranked 403rd globally.

Wellington is also one of the windiest cities in the world, ensuring the air is always fresh and clean. Some say this is what attracts hardy and strong-minded entrepreneurs to the city. Around 25% of the population are imported from elsewhere and many of the city’s startups have been founded by recently arrived migrants. With a solid base of corporate firms, government agencies and two universities, the city also boast the highest median incomes of any in New Zealand.

However, Wellington’s business scene, like its fault-lines, is also at somewhat of an economic nexus, squished between the brash, booming big brother Auckland in the north and southern sister Christchurch, which is rebuilding substantially after some rather devastating earthquake fault-line activity of its own recently. So the Capital has lately been at risk of becoming economically sidelined as the focus was directed elsewhere. Prime Minister John Key was once famously embarrassed by the media for his quote that Wellington was “dying”. But nothing could be further from the truth. The city is home to the Peter Jackson movie empire that spawned blockbusters such as King Kong and the Lord of the Rings trilogy. Top director James Cameron owns a rural property near the city and has committed to follow-up with more Avatar movies in conjunction with Wellington-based Weta Digital. A recently announced project will see much of Jackson and Weta’s movie paraphernalia on display in a new downtown museum in the future.

Wellington is not resting entirely on its previous successes, however, since economic gains from movie-making can be sporadic. In fact, talent and capital spawned by the film sector is now spilling over into the startup scene.

These placements demonstrate that Wellington is definitely on the radar as investors increasingly look outside the Valley gene pool.

Strengths of the Wellington Startup Ecosystem

New Zealand has an active angel investor scene and a well-connected network that facilitates deal syndication. Included in this elite are Sam Morgan and Rod Drury. Morgan started New Zealand’s version of eBay, known as TradeMe, in a small apartment on a damp Wellington hillside. A decade ago the company sold to Fairfax Media for $700 million. That sale had a ripple effect with a number of the original founders and investors diving back into the web venture game or investing in other startups. Drury founded Xero, a global accounting SaaS business that is still growing and counts Peter Thiel amongst its investors. Many Wellington startups feature entrepreneurs that cut their teeth being previously employed at one of these two firms.

Another important facet of the Wellington startup scene is the acceleration and incubation pipeline that is underpinned by a strong ethos of community-building.

The city is also home to a burgeoning game development scene and that has grown from an underground movement into a bubbling cauldron that continues to attract creative talents from far and wide. Game house Pikpok @PikpokGames is the most established hero having created game titles for Sony and Mattel in the past. The company is also New Zealand’s largest locally owned game dev firm. Founder and CEO Mario Wynands @MarioWynands has been a stalwart of the industry and big on community.

A recommended entry point to this community is the Game Developer Meetup. Leaping Tiger @LeapingTigerHQ is an interesting new startup that is making waves by offering a platform that connects like-minded gamers globally. Co-founder and social media queen Amy Potter @HelloMissPotter is a woman on a mission and one to watch. But many people say that Wellington’s greatest strengths are its numerous coffee houses and fine craft breweries, the produce of which have fueled many entrepreneur conversations.

Weaknesses of the Wellington Startup Ecosystem

New Zealand is somewhat isolated from global capital flows and the number of “VC” firms in the entire country could be counted on one hand. Movac @movac_vc and No. 8 Ventures are based in the city. However the scarcity of money, in many ways, is an advantage because Wellington startups learn how to bootstrap with minimal resources and hence retain ownership.

Another challenge is that many of the local angel investors are former corporate high flyers who moved back home from offshore gigs, but only a handful could rightfully claim to have built a major technology company from the ground up, exited and started over. That is an ongoing issue, with a dearth of experienced mentors available to support new ventures with “smart money”.

It is difficult to point to individuals who wield the most “influence” because some of the most successful entrepreneurs in the city are also the most reclusive. The biggest players, however, tend to be grassroots community people and organisations who are contributing to building out the ecosystem.

Here are some organisations that lead the startup ecosystem:

While Wellington has the right local ingredients such as angel investors and communities necessary for success, it needs to be integrated with the global economy to truly become a startup ecosystem to reckon with.

Paul Spence is a co-founder of global domain name registrar iwantmyname and a co-founder of machine learning technology consulting firm Polanyio. He is also the New Zealand editor for Startup Digest and mentor and organiser at Startup Weekends.

Click here to view Brisbane’s Startup Map Introduction to the Brisbane startup ecosystem Brisbane is the capital of Queensland, Australia. It is the 3rd largest city in Australia with a population of about 3.5 million. Brisbane is a city full of character; it was founded in the ancient homeland of the indigenous Jagera and Turrbal […]
Written by StartupBlink August 31, 2016March 12, 2021

This article was written in cooperation with QUT bluebox in preparation of Startup Ecosystem Ranking Report 2019 that ranked Brisbane in spot 87 out of 1,000 cities. Click here to view Brisbane’s Startup Map Located in the northeast of Australia, the state of Queensland is building a startup ecosystem that soon could resemble the one […]
Written by StartupBlink July 18, 2019March 12, 2021

Click here to view Sydney’s Startup Map Introduction to Sydney’s startup scene The first thing that springs to mind when you hear Sydney are its immaculate beaches, food and vibrant population! But in recent years, Sydney has become much more than the sights it offers travelers. Today, it is home to the biggest technology startup […]
Written by StartupBlink October 1, 2015March 29, 2021

A vast coastal region in the eastern state of Queensland, Australia, the Sunshine Coast is one of the fastest-growing holiday and business destinations in the country. With stunning locations, pristine beaches, and moderate all-year temperatures for adventure lovers, this is one place where lifestyle choices are endless, and new developments and opportunities are welcome and […]
Written by StartupBlink December 8, 2020March 24, 2021

StartupBlink has launched the Startup Ecosystem Ranking Report 2019 that now ranks 1,000 cities and 100 countries worldwide and is available for download here. Queensland, the second-largest and third-most populous state in Australia, has seen a huge surge of startup activity over the past 5 years. This was not an accident, rather a well-orchestrated effort with […]
Written by StartupBlink May 8, 2019March 12, 2021

Click here to view Melbourne’s Startup Map Introduction Melbourne is Australia’s capital city as well as business, administrative, cultural and recreational hub of the state of Victoria. It has been ranked for the fifth consecutive year, as the world’s most livable city and is a city of stately 19th-century buildings and tree-lined boulevards with an […]
Written by StartupBlink December 11, 2015March 29, 2021
Next