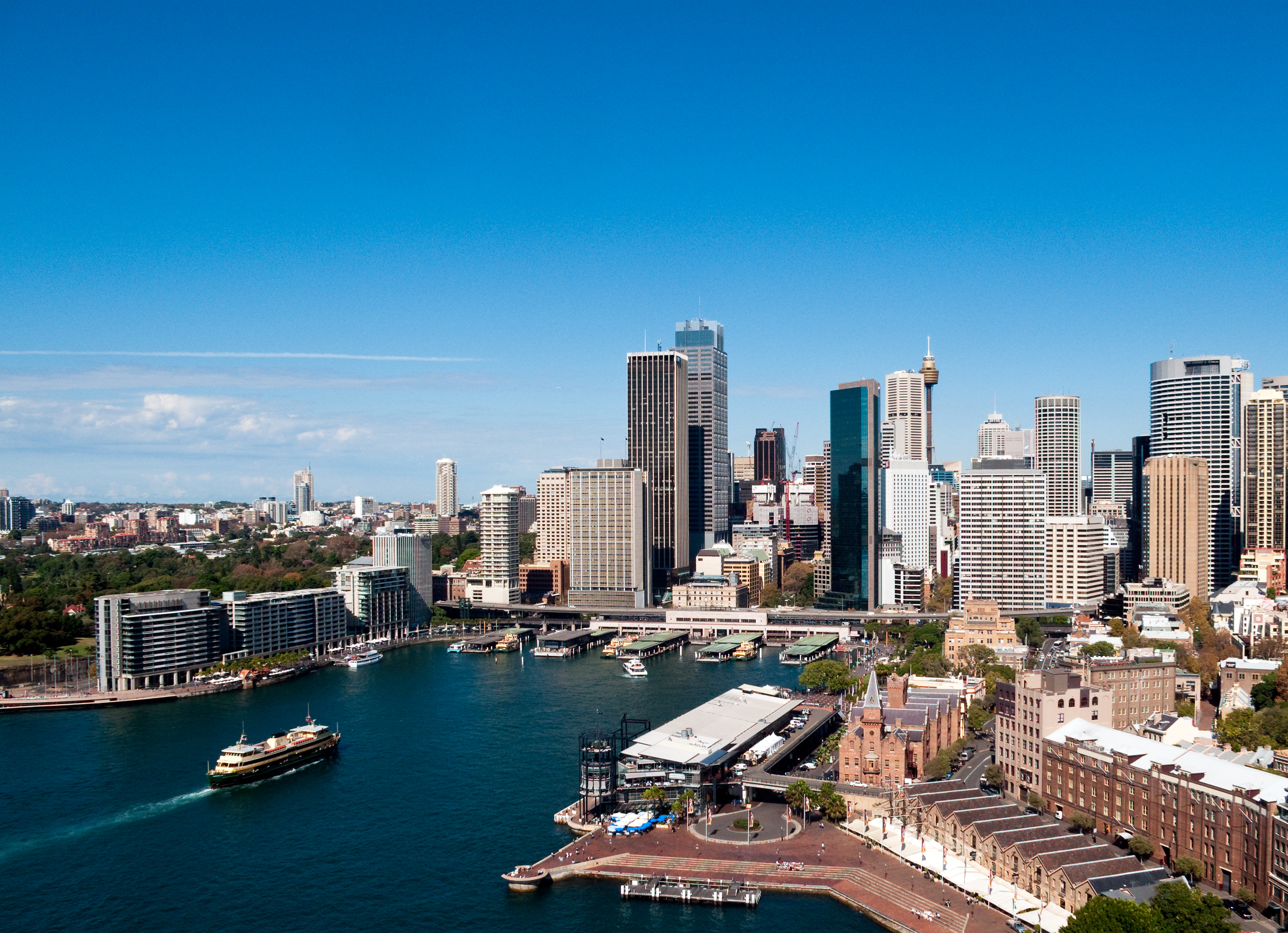 The first thing that springs to mind when you hear Sydney are its immaculate beaches, food and vibrant population!

But in recent years, Sydney has become much more than the sights it offers travelers. Today, it is home to the biggest technology startup ecosystem in Australia!  In StartupBlink’s 2019 report, Sydney ranked 1st in Australia and 19th globally.

The startup scene in Sydney has evolved and seen substantial growth in the past five years. Mainly, the growth has been spurred by the increasing number of accelerators, incubators, coworking spaces, and startup events. While Sydney is home to some giant successes such as Freelancer.com, Atlassian and OFX, it is also seeing a surge of many new innovative startups set to take the world by storm.

There are some unique advantages that Sydney offers to startup founders, as given below:

Thriving Startup Ecosystem: Victoria Lai, Coordinator at Pollenizer, an accelerator, says, “With the introduction of several accelerators and incubators and interest from Universities, entrepreneurs have become empowered to start riskier concepts, turning them into business models fast. These introductions have made entrepreneurship more accessible for people.” She also points to the growing number of coworking spaces and accelerators that help build the startup ecosystem. The ever-increasing startup meets and conferences in the city are also a good indicator of the ecosystem’s development.

Proximity to South East Asia: Another advantage the city offers to startup founders is pointed out by Victoria: its proximity to the Asia Pacific region, one of the world’s most rapidly developing ecosystems. Sydney’s timezone also overlaps with the US West Coast and Asian Capitals.

Lifestyle: One of Sydney’s hard-to-miss attributes is the lifestyle it promises with its pristine beaches, great food, and good climate. The population of the city is well-educated, multicultural and law-abiding, which makes it a much-prized location.

The most obvious disadvantages of Sydney as a startup city are its isolated location and a small market. However, apart from these, there are some grave issues that entrepreneurs must overcome to be successful.  They are as follows:

High cost of living: For its high standard of living and scenic beauty, Sydney is an expensive city to live in. This makes it difficult for startup founders to bootstrap and hire talent at a reasonable price.

No support from legislation: The Australian bureaucrat is slow and conservative when it comes to implementing laws that encourage innovation. For example, equity crowdfunding and crowdlending in Australia are subject to a number of conditions and not as accessible to entrepreneurs as they are in other countries. There is also a lack of tax benefits for angel investments. These are critical issues that need to be addressed.

Venture Capital: Victoria states that there is a lack of funding for startups at the proof of the problem stage as well when startups are ready to scale. As a result, there are way too many startups chasing seed funding, and it deters many entrepreneurs from moving further. And even if startups manage to raise money at the seed stage, they struggle to raise substantial amounts of money in Series A and following rounds. This ultimately forces startups to relocate to a more fluid market.

This is by no means an exhaustive list. However, for those just getting started, we present some key names to keep in mind when finding your way around Sydney’s startup scene:

Entrepreneurs to look up

Ian Gardiner (@rabbieburns): The co-founder of a networking group for businesses, Innovation Bay, Ian Gardiner is passionate about investing in startups and helping them. He is also a part of the Business Development team at Amazon Web Services in Sydney, where he works to strengthen the startup ecosystem

Pratibha Rai (@dekrazee1): She has wide-ranging experience as a startup mentor at Pushstart AU, editor of Startupper Stories and founder of the Sydney Startup Product Co-op. She has also worked with Pollenizer as a Lean Product Manager. She mentors startups in areas such as customer development, product strategy, and lean startup methodologies.

Peter Bradd (@peterbradd): His tech coworking space, Fishburners, is a thriving startup collaboration space, it has over 125 technology startups. He is a former startup founder and now CEO of StartupAUS, promoting the development of tech skills and entrepreneurship in the country

Blackbird Ventures (@blackbirdvc): They provide funding at all stages, from Seed, Series A to later rounds. The firm focuses on global Internet businesses. One of their portfolio companies, Elto.com, was acquired by GoDaddy.com.

Sydney Angels (@SydneyAngels): As the name suggests, it is an angel group investing in early-stage startups in fields such as life sciences, web, mobile, and engineering. Their typical investment is $300,000-$500,000. Some companies in their portfolio are Workible, TutoronDemand and Ingogo.

One Ventures : They invest in startups that have demonstrated domestic success as well as have global potential. They have a special emphasis on the following areas: new media, telecommunications, entertainment, life sciences, and cleantech.

muru-D (@murudau): The accelerator supports digital startups in the Australasian region. Apart from the capital up to $60K, it also offers other perks to startups such as working space, networking opportunities, and boot camps.

BlueChilli (@BlueChilliGroup): Founded by Sebastien Eckersley-Maslin, BlueChilli provides startups with early-stage funding, technology IP and expert skills. While headquartered in Sydney, it also has offices in Melbourne and San Francisco.

Unconvention (@entourageoz): Dubbed as the “largest event for entrepreneurs in Australia”, the Unconvention is organised by The Entourage, a global community of entrepreneurs. The event invites some of Australia’s most successful entrepreneurs to share their stories. Past speakers at the event include Matt Rockman, founder of Seek.com, Phillip Di Bella, founder of Di Bella Coffee, and Stuart Cook, CEO of Zambrero.

Silicon Beach Australia: Created with the objective of bringing Australia’s tech community together, Silicon Beach came into being in 2008 as a forum. As of today, they have a dedicated job board, a map of Australian startup activity and weekly meetups in Sydney, Melbourne, Gold Coast, Adelaide, and Perth.

SydStart (@sydstart): The event page warns you that “your startup will never be the same”. Its aim is to inspire Sydney’s entrepreneurs and offer them an opportunity to connect with others. This year’s conference to be held from 29th and 30th October has an interesting lineup of speakers including Ray Chan, founder of 9Gag, Sean Ellis, founder of Growthhackers.com, and Matt Barrie of Freelancer.com.

Tank Stream Labs (@TankStreamLabs): Housing some of Australia’s best startups, Tank Stream Labs is located in the heart of Sydney. It promotes collaboration and a sense of community among startups. Additionally, it also invests in startups.

Fishburners (@Fishburners): One of the biggest coworking hubs in Australia, it has over 200 entrepreneurs. It provides basic coworking facilities such as internet, meeting rooms and desks, and also frequently organizes networking and startup events.

The Sydney startup scene is thriving, but there are two key elements that startups need to scale rapidly: support from the government and venture capital. With the development of these two areas, Australia is sure to see many more successful tech IPOs in the years to come!

Special thanks to Victoria Lai (@thevictorialai), Coordinator at Pollenizer (@pollenizer), for her insights!

Next story :Top Global Startup Organisations You Need to Know

This article was written in cooperation with QUT bluebox in preparation of Startup Ecosystem Ranking Report 2019 that ranked Brisbane in spot 87 out of 1,000 cities. Click here to view Brisbane’s Startup Map Located in the northeast of Australia, the state of Queensland is building a startup ecosystem that soon could resemble the one […]
Written by StartupBlink July 18, 2019March 12, 2021

Click here to view Kharkiv’s Startup Map. Introduction Kharkiv, the second largest Ukrainian city with a population of almost 1.5 million people, has been known for a high concentration of the country’s best minds. It was Kharkiv where the first USSR atom disintegration happened in 1932 and where one of the oldest universities of Eastern […]
Written by StartupBlink April 4, 2016March 5, 2021

Introduction to Cape Town’s startup ecosystem Click here to view Cape Town’s Startup Map You know Cape Town as a tourist destination. An urban city with great food, a multicultural population, and a well-developed infrastructure. But Cape Town is also a city with a flourishing startup ecosystem that has been in the making for many […]
Written by StartupBlink December 28, 2015March 29, 2021

Click here to view Mexico City’s Startup Map. Introduction As soon as you land in Mexico City, its immensity astonishes you, and once you get closer, you get to appreciate the architectural variety dressed up in an extensive palette of colors. As far as the startup ecosystem of Mexico City goes, there are many opinions, […]
Written by StartupBlink April 16, 2016March 5, 2021

Click here to view Milan’s Startup Map Introduction to Milan’s startup ecosystem Milan is the heart of the startup scene in Italy. The city is the center of the Italian economy: many companies and multinationals have branches here, the Stock Exchange is here, main Italian media are here, investors are here. Historically, Milan is the […]
Written by StartupBlink November 1, 2016March 5, 2021
Next