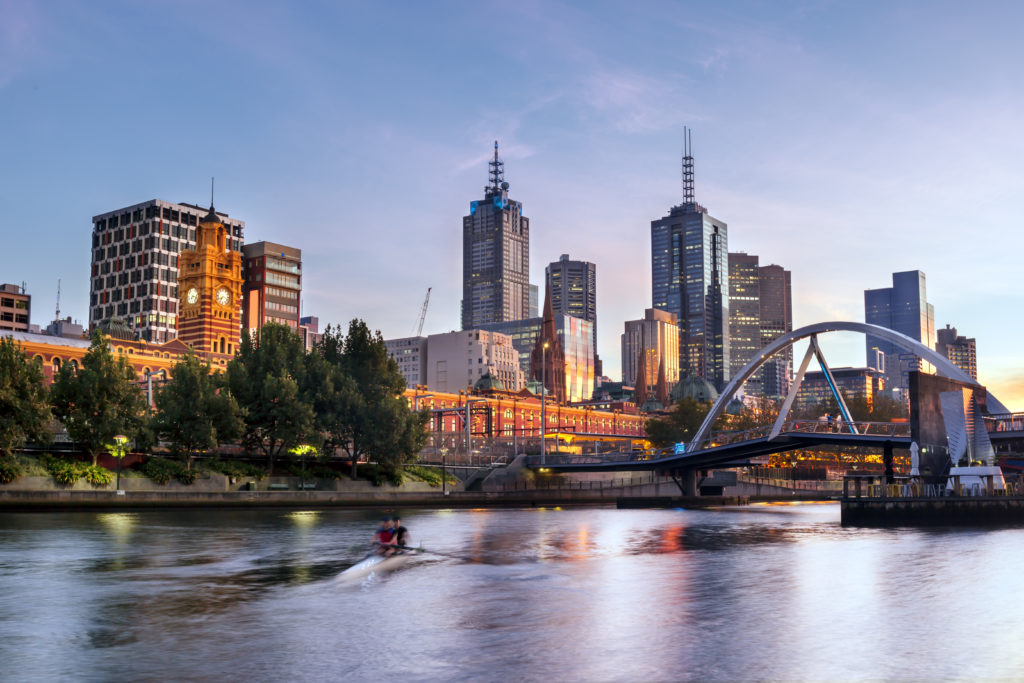 Melbourne is Australia’s capital city as well as business, administrative, cultural and recreational hub of the state of Victoria. It has been ranked for the fifth consecutive year, as the world’s most livable city and is a city of stately 19th-century buildings and tree-lined boulevards with an energetically evolving startup ecosystem.  In StartupBlink’s 2019 report, Melbourne ranked 2nd in Australia and 35th globally.

Here’s a look at the blooming startup scene in Melbourne…

Some of the most successful start-ups to emerge from Melbourne include:

Nitro (@NitroHQ) – Document productivity company Nitro, was founded in Melbourne in 2005. Since then it has established a customer base of more than 490,000 people in nearly 200 countries, including 50% of the Fortune 500. This year Nitro added 75 new Nitronauts to its global team and launched new offices in Dublin and St. Petersburg. It secured a $15 million funding round from US firm Battery Ventures, and has raised more than $21.6 million.

Tiger Pistol (@TigerPistol) – Tiger Pistol is a social media marketing platform for SMEs, allowing them to leverage the power of Big Data and social networking sites to market their business. Last year the startup raised $3.1 million in the capital led by Melbourne IT to fund its expansion to the US, where it has since set up headquarters in LA, and its monthly recurring revenue growth grew by 500% year on year from Dec 13 to Dec 14. Its headcount doubled in 2014 and set to triple in 2015, as the company plans to hire 40 more staff members in Los Angeles and a further 30 in Australia.  Tiger Pistol also announced a partnership with Facebook, becoming Facebook’s first small business marketing partner.

Envato (@envato) –  Envato is an ecosystem of sites to help you get creative. It includes Envato Market, the leading marketplace for images, themes, project files, and creative assets. Envato Studio connects clients with hand-picked freelance talent, and Tuts+ is home to thousands of tutorials and video courses. Our sites and services help millions of people around the world.

Advantages of starting in Melbourne

Some of the things that make Melbourne so great is it is typical of the overall Australian cultural willingness to;

There is also a very high standard of education, a great business infrastructure with a depth of commercial acumen with some of the key national business players being Melbourne based.

Tuaha Shakir, the Business Analyst at Brightstar Corp and StartupBlink Influencer, says, “There is a strong following here with a number of people who would like nothing better than to break free from the daily 9-5 and aspire to be the next startup success story. Besides tech startups, Aussies are particularly appreciative of clever new businesses that spring up, even shelling out an extra few bucks for the novelty and uniqueness – especially when it comes to anything to do with the Aussie culture – such as cafes, fashion and entertainment, sports, nature and outdoors, etc.”

Realizing that connectivity is the key success factor in any start-up ecosystem, there are a number of key players and resources emerging within the government and business sectors as well as within educational institutions, the investment community, media, co-working spaces, accelerators, and incubators.

The Victorian government has also just established a $60m startup strategy acknowledging that entrepreneurs will be a key component of the Victorian economy – says Victorian minister for small business, innovation, and trade. There are also a number of fantastic tertiary education courses in innovation and entrepreneurship offered by both universities and technical colleges.

Disadvantages of starting in Melbourne

The biggest challenge to Melbourne based start-up entrepreneur is an ability to collaborate more effectively and share both successes and failures, as well as to be business savvy enough to apply for funding and support. There is a wide gap in the levels of investment in Sydney and Melbourne. The angel investment community in Melbourne is more risk-averse than angels in Sydney.

Also, the most commonly chosen path among graduates is into a corporate job, rather than starting or working in a startup. This is, of course, the opposite of what one might find in US universities such as MIT and Harvard where the question is not if you should start a company, it is what you should start. Due to the high cost of living, bootstrapping a startup can be a challenge for founders.

Tuaha mentions another recent drawback, “The new government’s decision to restrict crowdfunding to only publicly listed companies – effectively cutting off funding for early-stage investments. The abundance of Angel investors and relative ease in raising capital, however, helps out with this”

Another factor keeping the Melbourne startup ecosystem from competing globally is the lack of ambition among entrepreneurs. Most startups in Melbourne focus on the local market rather than a building a truly global product.

Investors and Incubators in Melbourne

There is a diverse range of investors including angel, crowdfunding, venture capitalists including:

Scale (@scale_investors), Scale is a female-focused angel investor network, founded in Melbourne in March 2013 inspired by the US-based organisation Golden Seeds that I am seeking to collaborate with.

Angel Cube (@AngelCubeMelb), your team gets $20,000 in seed funding for your company and is based out of Inspire9. Successful applicants are guided by some of Melbourne’s top mentors. Angel Cube is a mentor-driven startup accelerator, which invests in tech startups with big ideas and exceptional teams. Over an intensive 90 day program they help their companies build better products, accelerate their growth and attract follow-on funding through access to an incredible network of mentors, investors, and advisors.

Lean Startup Melbourne, with close to 3000 members this is probably the biggest startup group in Melbourne.

Silicon Beach Drinks (@SiliconBeachMel), is the next biggest group and pulls in a decent monthly crowd who gather to network and have informal chats about startups.

Startup Grind Melbourne (@startupgrindaus), part of global startup grind community designed to educate, inspire and connect entrepreneurs. It is powered by Google for Entrepreneur and has regular speaker events.

There is also Startup Victoria (@StartupVic) is a brand new initiative and unique to Melbourne, it organizes some of the biggest Tech Startup events in Melbourne and with a 4,500+ membership base are one of the largest entrepreneurship groups in Australia. They are a nonprofit organization dedicated to building and supporting Victoria’s startup ecosystem.

Melbourne has also been featuring an annual Startup Weekend (@SWMelb) for the past 4 years, in partnership with Intuit Australia. The focus of 2015 was fintech aiming at giving early-stage entrepreneurs an understanding of the skills they will need to disrupt the big banks and major financial institutions.

Meetup is probably the quickest way to get right into the startup community and has a number of startup events around Melbourne every week, with noteworthy startup entrepreneurs as guests.

Startup Smart (@StartupSmartnow) is the closest thing we have to a dedicated startup news site. It’s based in Melbourne as part of Private Media. While not quite TechCrunch or Pando Daily, the site is the best local resource in startup coverage focusing on everything from business advice to emerging Melbourne startups.

The Fetch (@thefetch), was born in Melbourne, bringing curated weekly emails of what’s happening in your city. If you haven’t signed up, you’re missing the best guide to Melbourne meet-ups around tech. Their blog is worth reading, as it has some great content aimed at the entrepreneurial and inspirational side of startups. Posts also include regular startup jobs.

For people new to Melbourne, who want to break into the scene, its best to co-work from either of the following:

Inspire9 (@inspire9) is a community coworking space for freelancers and startups. Space has grown since its launch in 2011, and now has a floor for established startups and investors.

York Butter Factory (@YorkButter) is for early-stage tech startups, building a community of entrepreneurs, investors, and mentors. It also hosts several startup events and meet-ups such as Startup Sales Huddle, Fundraising Strategies for your Startup and How to handle your own PR.

Melbourne shows great promise as a startup hub, but in order to compete with larger ecosystems, it needs more enthusiasm from the investor community as well as entrepreneurs.

Janet Sernack  (@JanetSernack) is the CEO and founder of ImagineNation, a generative and provocative global innovation training company using the latest technology, the internet of things and thought leadership to enable our clients to develop innovative leadership and entrepreneurship capability.

We would also like to thank Tuaha Shakir (@tuaha_free ), Business Analyst at Brightstar Corp and StartupBlink Influencer, for his insights on the Melbourne startup ecosystem.