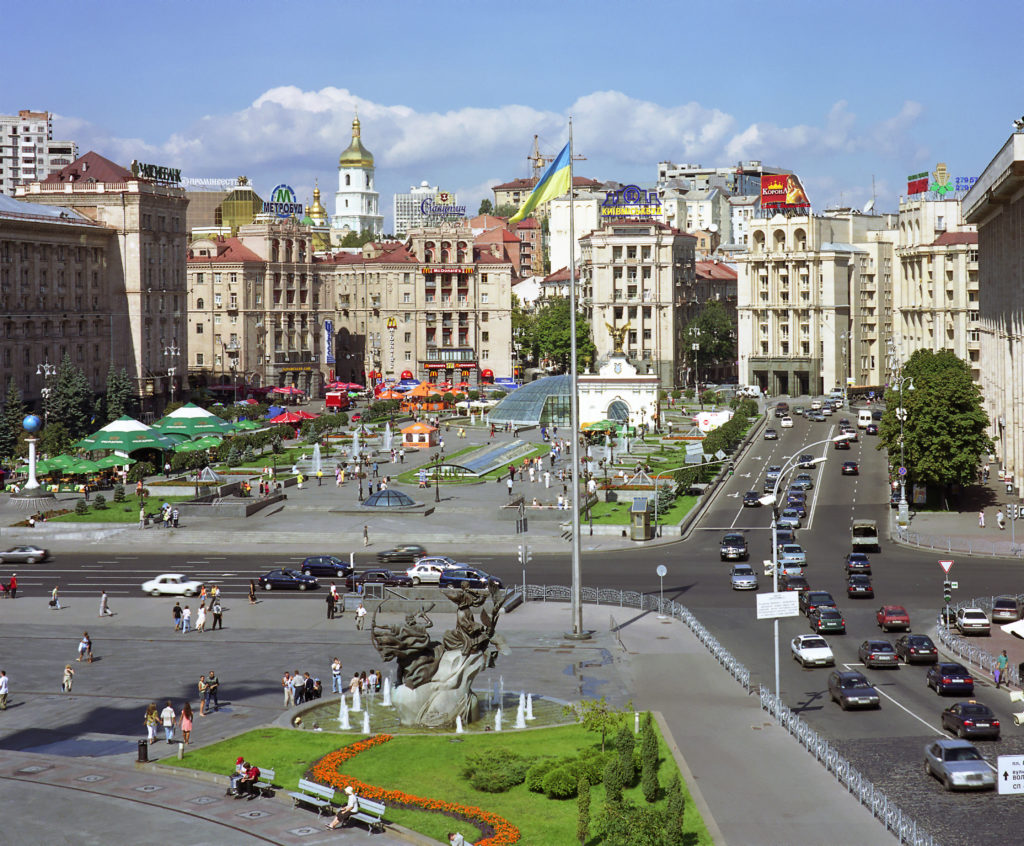 The capital city of Ukraine, Kiev is an attractive tourist destination owing to the historical sights it offers, the churches, castle ruins, museums and gardens. But the city is also an important educational and technological center in Eastern Europe.  In StartupBlink’s 2019 report, Kiev ranked 1st in Ukraine and 34th globally.

Its leadership in the IT sector and outsourcing is well-known. As per the Kyiv Post, Ukraine’s IT industry is worth more than $5 billion, with over 500 outsourcing companies, 50,000 engineers and 100 global R&D centers. But gradually, this city with a plethora of tech talent is seeing an increase in the number of local startups that are building their own products for a global market. iHub believes that this is a result of the recent financial crisis and rise of unemployment in the country, that has led students and entrepreneurs to set up shop. The IT industry is an obvious choice for many, considering the abundance of talent and low capital required.

While starting up is the easy part, entrepreneurs face a problem when it comes to raising late-stage funding. This has, however, been beneficial in its own way, as startups are learning to become profitable early on, so they can survive in the long run.

Advantages of Kiev as a startup city

We asked Dimitri Podoliev, iHUB Network CEO, what he thought were unique advantages offered by Kiev to startup founders and he emphasized the availability of tech talent, “Ukraine is third in the Top 50 Countries with the most certified IT professionals, just behind the US and India. Thousands of highly qualified professionals annually graduate from Kiev universities.” No wonder tech giants such as Samsung have set up R&D centers in the country. Interesting fact: One of WhatsApp’s co-founders, Jan Koum, is Ukrainian. As per Elance, Ukraine is #3 when it comes to freelancers. What’s more, salaries here are much lower than those in other parts of Europe or the USA.

The low cost of living makes Kiev an ideal place for startups to launch. And this does not have a drastic impact on the standard of living, as Ukraine has been named one of the locations to work in, according to Nomadlist, considering the quality of life and cost of living.

It is easy for entrepreneurs to get seed funding for their startups owing to the presence of angels and venture funds in the country. According to AngelList, there are 99 investors in Ukraine, and the highest number of investments is 52, made by TA Ventures.

Podoliev also points out the international conferences and forums that have united IT entrepreneurs and innovators from all over the world. Some of these conferences include iForum, Seed Forum, IDCEE, and Startup AddVenture.

Disadvantages of Kiev as a startup city

Suffering from a corrupt bureaucracy and lack of regulations, Ukraine is not an easy country to do business in. Its ongoing turmoil with Russia makes this even worse. There is a need for better reforms and frameworks to help startups to operate smoothly.

While early-stage investments are available, Ukraine startups find it difficult to scale beyond a point due to lack of later stage funding. This is reiterated by Podoliev, “There’s a lot of wealthy people in Ukraine, but very less percentage of them can understand the value of venture investing in a startup.” Add to that the fact that some startups don’t consider Ukraine a big enough market, and hence relocate to the US or Europe.

TA Ventures : The $50M venture capital fund invests in seed and early-stage companies in USA, Europe and emerging markets such as India and Africa. Its focus areas include fintech, online marketplaces, Big Data, edtech, digital health, and cloud computing. It also organizes the conference, IDCEE, one of the biggest startup conferences in Central and Eastern Europe.

AVentures: It is an early stage venture firm that focuses on companies in sectors such as IT, telecom, high tech, and real estate. In 2012, it launched a venture capital fund with a special focus on web-related businesses in Central and Eastern Europe. The firm targets upcoming tech categories such as gaming, social media, mobile, e-commerce and payment systems.

EastLabs (@eastlabs): It offers a four-month incubation program for startups, wherein they are provided with capital, networking opportunities, and mentorship. Its main focus is on a strong team and ideas in the mobile or internet space.

Happyfarm (@HappyFarmUA): Happy Farm’s focus is on companies in the following spaces: could, mobile, gaming, social networking, and SaaS. It offers startups $15K and additional services worth $55K. Some of its resident startups include Foodle, Dental Could, and Happy Tom.

Events and Organisations in Kiev

iForum (@iforum_ua): iForum is one of the largest conferences in Ukraine, with the participation of over 5000 people, and a number of international corporations and local startups. The forum in 2015 featured 8-10 speakers who discussed e-businesses, startups, and internet technologies.

UP Kiev: It is a part of a global organisation dedicated to providing resources to entrepreneurs. It is managed by volunteers and offers entrepreneurs an opportunity to build amazing products at events such as Startup Weekend and keep a tab on developments in their local community through a newsletter, Startup Digest.

Seed Forum Ukraine (@SeedForumUKR): Part of the global Seed Forum network, Seed Forum Ukraine aims to develop the startup ecosystem in Ukraine by working with incubators, accelerators, universities, the government, and large ICT corporations. As of today, it has a network of 3000 entrepreneurs, 270 SMEs, and 1000 ICT specialists.

KyivWorking (@KyivWorking): It is an initiative by Startup Ukraine. Apart from coworking workspaces and office equipment, it also offers startups negotiation and conference rooms and networking opportunities.

iHub (@ihubkiev): iHub stands for Innovation Hub, and aims to become the ultimate hub for IT startups in Ukraine. It offers startup a professional environment to work in and an opportunity to network with its global network spread over 40 countries.

Being a global leader in IT and outsourcing, Kiev has all the makings of a successful startup ecosystem. What it does require though, is the development of a better infrastructure and investment support for startups to flourish in the city itself.